Poland and Germany - for centuries both countries have enjoyed a lively cultural exchange. On the Island of Usedom, they even share an island. From September 20 to October 11, 2014 the 21st Usedom Music Festival focuses on these connections. Under the motto "Poland's musical heritage before, after and including Chopin", 40 events explore the classical musical legacy of Poland through concerts, exhibitions and tours at 27 locations on the Polish and German Island of Usedom.

Concerts will take place at the Three Imperial Baths, the historical power station Peenemünde, the churches and castles of Usedom Island, in Świnoujście and on the Polish sister Island of Wolin.

Thomas Hummel, the director of the Usedom Music Festival, says: "There is really no better place to celebrate German-Polish music encounters than Usedom! At its unique venues, the Usedom Music Festival offers high-quality music programs with internationally renowned artists among the particular cultural, historical and maritime flair of the bi-national island. All this is embedded in the region of Pomerania, co-inhabited by German and Polish people. This year, we highlight the rich musical tradition of our neighbors and the many links between the two countries. In addition to the cultural heritage of Poland, our second focus is to provide a platform for rising young musicians on the 'Podium of the Baltic Sea'."

In addition to the Usedom Music Award of the Oscar and Vera Ritter Foundation, a cash award of 7,000 Euros, which will be awarded to the horn player Felix Klieser, the Achterkerke Foundation for Children offers the Achterkerke Music Prize of the Young Usedom Music Festival for the first time. The award carries a value of 5,000 Euros and is intended for winners of the competition “Jugend musiziert" from Northern Germany.

Exhibitions at the three Imperial Baths, but also in Świnoujście, intensify the focus of the festival. With a cruise on the MS "Chateaubriand" (Sept 27), the Musical Island Tour (Sept 29), the Synagogues and Wolin Tour (Oct 6 & 4) and at further concerts in Peenemünde, the Imperial Baths and the churches and castles of the Island of Usedom, visitors have the opportunity to explore the culturally and historically rich region of Pomerania and experience an important part of Poland’s musical heritage. 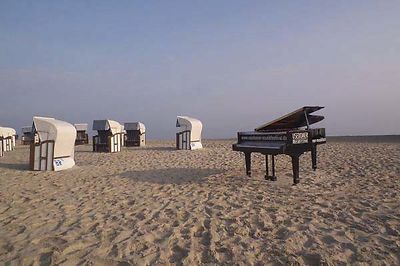