MusMA (Music Masters on Air), the European Broadcasting Festival, is an international initiative introduced in 2009-2010 by ten leading European festivals, all members of the European Festivals Association (EFA). The Turkish leg of MusMA is managed by Sevda-Cenap And Music Foundation (SCAMF), the organiser of the Ankara International Music Festival. The project is supported by the European Broadcasting Union (EBU), the Turkish Radio and Television Corporation (TRT) and radio stations in nine countries that broadcast classical music. The MusMA V workshop was held in Ankara from 24-26 April 2014, organised by the Sevda-Cenap And Music Foundation. The theme “Water”, also proposed by SCA Music Foundation, is the topic of the coming MusMA project.

Within the framework of this project, the following works have been added to the Turkish music repertoire and promoted abroad: Siyah Kalem Dansı (Black Pencil Dance) composed for bağlama (folk instrument with three double strings), ney (reed flute) and electronic equipment by Mehmet Can Özer in 2010, Music for Piano by Fazlı Orhun Orhon in 2011, Hat (Calligraphy) for three percussionists by Onur Türkmen in 2012, Tanrının Dostları (Friends of God) composition based on the verses of Goethe and Hacı Bayram-ı Veli, for twelve voices by Yiğit Aydın in 2013. Can Bekir Bilir has been selected as the composer for MusMA V.

With this workshop, which was moderated by contemporary Turkish composer Mr. Hasan Uçarsu, the composers and radio representatives of the festivals had the chance to meet, talk about the pieces, discuss and exchange ideas.

It was a very successful event for reshaping and rethinking ideas to create new networks and collaborations between different cultures in Europe. 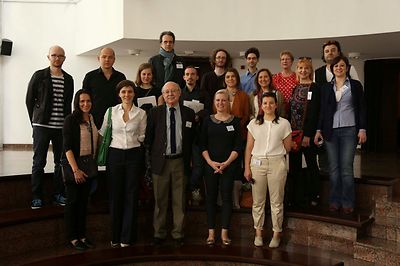