Whether you want to be charmed by contemporary duets in an open-air theatre, weep at Lear’s agony or be moved by a circus which blends poetry and humour, this year’s Malta Arts Festival promises to bring all that and more. Running from 14 July to 2 August, most of the events will be held in some of the island’s most prestigious historical venues, such as the Mediterranean Conference Centre, Pjazza Teatru Rjal and the newly-restored Fort St Elmo, bringing a layer of history to the festival’s already rich narrative.

Preparations for Malta’s largest arts festival, now in its ninth edition, have been ongoing for months. From stage hands to promotion and from artistic direction to performers, the festival mobilises large sections of the country’s cultural and artistic sector. Artists from Croatia, the UK, Spain, the Netherlands, Czech Republic, South Africa and Russia will join some of the best Maltese artists in a festival with 18 performances and a separate programme of workshops and master classes.

This year’s programme promises a number of novelties, including an increased emphasis on dance, interdisciplinary events which span genres and a film festival under the stars. The programme was put together by an artistic committee composed of four arts practitioners: British-Malaysian dancer and choreographer Mavin Khoo, composer Ruben Zahra, theatre director and actor Toni Attard and Malta Philharmonic Orchestra chair Sigmund Mifsud, all working under the direction of Arts Council Malta chair Albert Marshall.

A festival tends to provide different things to different audiences – escape, distraction, inspiration, ideas, poetry, emotion, a sense of meaning and connection. The results are often eclectic and unexpected – and not to be measured solely in outcomes.

The emerging artist series, for instance, provides an opportunity for young artists to perform their work as part of the festival showcase. This year, the series will present an interdisciplinary showcase of music and literature, with concerts by percussionist Luke Baldacchino on 16 July and violinist Nadine Galea accompanied by pianist Riyad Nicolas on 25 July. The evenings will also include Maltese poetry readings in collaboration with Il-Kunsill Nazzjonali tal-Ktieb. Both events will be held at Auberge de Castille and are free.

Workshops and masterclasses are another important strand running through the festival. If you fancy learning more about the theme of risk; exploring the relationship between singing and silence; or focusing on the elements of rhythm and storytelling through dance, then the festival’s workshops programme – running alongside the main programme - provides unique opportunities to work with established artists on these themes. Some of these artists - such as Rob Tannion from Organización Efímera and Markus Stockhausen - are also taking part in the main festival programme.

The festival will come to a close on 2 August with the closing concert, which will feature the Malta Philharmonic Orchestra under the direction of Mro Brian Schembri. The programme includes Elgar’s cello concerto in E minor, Op. 85 featuring cellist Alexander Kniazev and Petrouchka by Igor Stravinsky. The concert – which will be held at the Mediterranean Conference Centre - will also premier a new work by Maltese composer Karl Fiorini. Fêtes meaning “feasts” is a commemoratory work in honour of Malta's 50th anniversary of independence, commissioned by Dr. and Mrs. David Griscti. The piece is an energetic and joyous one-movement work displaying the different forces of the orchestra.

Tickets from ticketline.com.mt and from the Embassy Cinema box office in Valletta from 10am to 9pm. Free entrance to all festival events for children 12 years and under for events classified as suitable for children upon presentation of ticket. Culture Card accepted. All venues are accessible for wheelchair users. Concessions for students and senior citizens upon presentation of relevant identification at the door. Tickets for Il-Kappillan ta’ Malta available from Teatru Manoel booking office or from teatrumanoel.com.mt until performance night, when they will be available from the Mediterranean Conference Centre. Tickets for Phoenix by Markus Stockhausen available from www.sjcav.org and from St James Cavalier box office. For workshops pls send an email to daniela.pisani-scalpello@maltaculture.com. 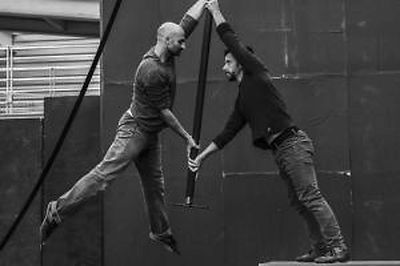