World stars to come to Turgutreis for festival

The D-Marin Turgutreis International Classical Music Festival will once again bring international stars to the southwestern resort town of Bodrum’s Turgutreis between 31 July and 3 August for its 10th edition. Admitted to the European Festivals Association (EFA) as a member in 2009 and with Yücel Canyaran undertaking its artistic direction, the D-Marin Turgutreis International Classical Music Festival will host prominent names of classical music this year as well. The event, which has attracted prominence in its own field both nationally and internationally, has so far reached more than 140,000 people with the participation of over 3,000 artists.

This year the festival will host internationally acclaimed pianist Fazıl Say. The world premiere of “The Boy on the Dolphin’s Back” that Say composed with inspiration from the “Myth of the Dolphin and Hermias” will be on stage on July 31.

The mythological story tells the friendship between a boy, who becomes lost after going swimming with his friends in the Güllük Gulf, and a dolphin, which presumably saved him by taking him on his back. At the end of the story the lifeless bodies of these two friends are encountered but one can see how happy they were from their faces.

The Presidential Symphony Orchestra, under the direction of Naci Özgüç, will accompany Say at the festival’s gala concert. Selçuk Yöntem will narrate the work, scripted by playwright Özen Yula. Serenad Bağcan and a child soloist from the Vienna’s famous children choir Die Wiener Saengerknaben will also be on stage during the world premiere.

In addition to her title of classical music artist with a best-selling album, Vanessa Mae, one of the world’s 50 most beautiful people according to People magazine in the United States, will perform Aug. 2.

Mae, who began playing the violin at the age of 6 and released her first album six years later, will share the stage with the Bursa Regional State Symphony Orchestra – which is celebrating its 15th anniversary – under the direction of conductor Oğuzhan Balcı. The artist, bringing new interpretations to classical works, has made a distinguished name for herself with her unique arrangements.

In the closing concert of the D-Marin Turgutreis International Classical Music Festival on Aug. 3, world-renowned Argentine tenor Jose Cura and soprano Fatma Said will be on stage accompanied by the Moscow Symphony Orchestra under the baton of Sergey Tararin.

Acclaimed by classical music lovers for her performance at the sunset concert of last year’s festival, following her capturing of the 2012 Leyla Gencer Voice Contest, Egyptian soprano Said will be performing in front of classic music lovers for the second time at the festival.

A musical farewell with Sunset Recitals

This year’s sunset recitals can be enjoyed free of charge at the amphitheater inside the marina on the second, third, and last day of the festival at 7 p.m.

On Aug. 1, flutist Bülent Evcil and harpist Çağatay Akyol will be on stage at the first sunset recital. On Aug. 2, George Sand and Chopin Preludes’ Project will be on stage with Meltem Cumbul’s voice and Şevki Karayel’s interpretation on the piano. The last concert on Aug. 3 will be performed in memory of Gencer. Eylem Demirhan Duru will be on stage accompanied by famous pianist Demet Eytemiz.

All proceeds from the sale of the 10th D-Marin Turgutreis International Classical Music Festival tickets will be donated to the Tohum Autism Foundation and the Bodrum Health Foundation.

Festival tickets are on sale at the D-Marin Turgutreis ticket office and Biletix. Prices range between 30 and 50 Turkish Liras. A ticket pack costs 125 liras. The festival has been organized since 2005 at the D-Marin in Turgutreis under the founding sponsorship of the Doğuş Group. 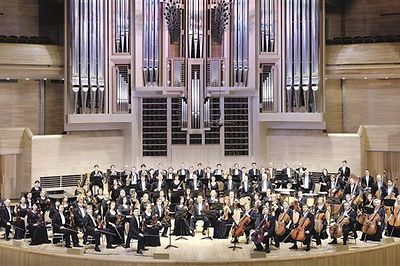