From 10-12 August 2014, the Edinburgh International Culture Summit invites Culture Ministers, artists, thinkers and arts leaders from around the world to come together to share ideas and discuss the power, position and profile of the arts, culture and creative industries. The theme for Summit 2014 is 'Culture - a Currency of Trust', reflecting the Summit's belief in the capacity of the arts and culture to foster mutual understanding between nations, states and cities. Set against the incomparable backdrop of the world's greatest cultural events, the Edinburgh Festivals, the Edinburgh International Culture Summit is uniquely placed to facilitate genuine exchange between practitioners and policy-makers.

The inaugural Summit in 2012 was a resounding success, with 33 countries attending and a host of leading international artists and cultural commentators taking part. Presenting a significant opportunity for direct and open dialogue between politicians, policy-makers and artists, the Summit provided a forum for in-depth discussion on, and compelling accounts of, the power of the arts and culture to enrich individual lives and transform national ambitions. Summit 2014 will build on these strong foundations to encourage further sharing of ideas, debates and future collaborations.

The programme has been devised across three distinct but interlinking policy areas, each considering substantial, global issues of current interest and universal importance.

Values and Measurements: At the Culture Summit in 2012, Ministers were invited to consider the question of how to sustain private and public support for culture. This year, there will be the opportunity for further discussion to consider the principles by which culture is valued and to assess a variety of both principles and mechanisms which measure cultural value. A growing body of evidence from studies around the world suggests a thriving cultural sector brings economic and social benefits to communities and nations alike. How does one implement sustainable strategies for funding artistic endeavours when the precise value of cultural activities cannot easily be quantified in simple economic data?

Cities and Culture: With more than half the world's population now living in cities, the role of major urban centres as incubators of cultural innovation is ever more appreciated. If the city is the locus of cultural activity, what influence might it wield in the sphere of cultural policy-formulation? As cities increasingly engage directly with each other to exchange ideas and best practice, they create partnerships and networks that transcend national boundaries. What is the impact, then, of cities on global cultural governance? Ministers will also be invited to consider future trends for urban design and the provision of cultural infrastructure, and the impact of these ideas on the shape and scale of cities themselves. Emerging technologies and analysis techniques are leading researchers towards devising an innovative approach to urban planning, making the cities of the future an exciting collaboration between technology, creativity and design.

Advocacy and Identity: There is broad acknowledgement about the contribution that culture makes to the wellbeing of nations. A number of governments are signatories to important international conventions for the promotion and protection of culture and the diversity of its forms and expressions. Summit 2014 will survey and discuss current international agreements, protocols and legislative frameworks to protect and promote cultural diversity and examine the role of culture in international relations and national identity. Consideration will also be given to a potential role for culture within the United Nation's Sustainable Development Agenda.

Programme with impressive line-up of speakers

Jonathan Mills, Director of the Edinburgh International Festival, said: “The success of the Summit in 2012 clearly demonstrated the appetite internationally for cultural dialogue and exchange, and its value. In the 2nd Summit this summer we’ll consider further global issues around measuring the value of culture, the role of cities in cultural innovation and how arts are best promoted and protected. To provoke conversation and debate we will bring together experts in the fields of arts, academia, philanthropy and international relations who will act as a catalyst for deep and invigorating discussions, and I particularly look forward to welcoming Ms Nandi Mandela, Irina Bokova and Robyn Archer in this role. Coinciding with the Summer Festivals at their most intense, it will once again present a fantastic opportunity to showcase the city and Scotland’s culture, and to bring together artists, Culture Ministers and delegations from around the world in an unparalleled celebration of the arts.” 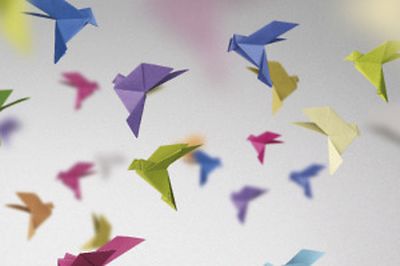