“A theatre such as HAU Hebbel am Ufer offers you the opportunity to work closely with artists living in Berlin while at the same time creating an international programme,” said Annemie Vanackere in an interview for the Goethe-Institute V Magazine 2011.

Annemie Vanackere was born in Courtrai /Belgium, and studied philosophy and Theatre Studies at Leuven and Paris. Afterwards she worked as a production manager at the pioneering STUK centre for the arts, which presented the first productions of many Flemish artists but also, and especially, artists from many different countries, including Meg Stuart, Alain Platel, Needcompany and Forced Entertainment. For two years, she took over the Nieuwpoort Theatre in Ghent which had been founded by Dirk Pauwels; now known as Campo. In 1995 she moved to the Rotterdamse Schouwburg, where she set out as the programme director for the venue’s studio theatre and finally became the artistic director.

With director Jan Zoet, Vanackere successfully launched the Production house Rotterdam and the festival De Internationale Keuze. She worked in the Netherlands for 16 years and is an international expert on theatre and dance. Currently, she is the Artistic & Managing Director of the theatre and international performance centre HAU Hebbel am Ufer in Berlin.

Her experience in collaborating closely with local artists and creating an adventurous international programme are among the qualities she constantly brings to Berlin. 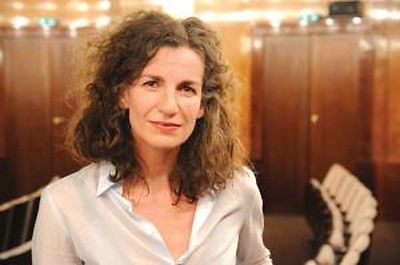