In the run-up to the Atelier for Young Festival Managers in Poznan from 20-27 October 2014, all presenters who will participate in the Atelier to exchange with 40 young artistic festival directors from all over the world will be introduced. One of them is Michał Merczyński, Director Malta Festival Poznań and Nostalgia Festival Poznan. He previously participated in the Atelier IZMIR 2011, Atelier LJUBLJANA 2012 and the Atelier EDINBURGH 2014.

“We are very glad to host this Atelier. Poznań is an ideal place for the next generation of young arts professionals to have creative exchanges of ideas and experiences. We are convinced of the need to support and facilitate such exchanges that will lead to new international collaboration projects and co-productions.” Michał Merczyński, Director Malta Festival Poznan and Nostalgia Festival Poznan.

Merczyński is a culture promoter, producer and art manager with expertise in the performing art, musical and audiovisual field. He managed the Rozmaitości Theatre (TR Warszawa), Henryk Wieniawski Musical Society, Tzadik Poznań Festival, Festival of Dialogue of Four Cultures, the Polish Film Institute, Malta Festival Poznan and Nostalgia Festival Poznan. In 1991, he initiated the Malta Festival Poznań in Poland; he has been the festival’s General Director ever since. He also founded the Nostalgia Festival Poznan, with contemporary music as its programme core. Since 2005, he has been the Director of the National Audiovisual Institute, Poland (NInA), a public cultural institution established by the Ministry of Culture to record, digitise, archive, and facilitate the dissemination of the most valuable manifestations of Polish culture, including film, music, theatre and art.

“Michal’s programmes differed to the other Atelier mentors in that he works with guest artistic programmers from different countries each year, with that country being a focus of the festival. This approach and many subsequent discussions during the Atelier centred around the use of a theme for a festival and whether this helped the festival communicate a programme more clearly to its audiences, or whether this limited a programme artistically,” said Summa Durie, participant Atelier EDINBURGH, 2014. 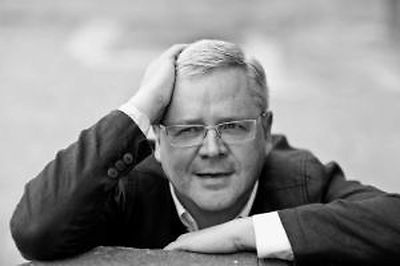