In her latest blog post, Claudia Galhos wonders: “What is a festival? The question is as relevant nowadays as is questioning the trend of making art with or for the community. Sometimes the two directions come together: festivals that include the community and which are made thinking of involving the community.” We couldn’t agree more. Our bloggers let themselves be inspired by their latest festival experiences, they explore the relation between festival directors, artists and audiences, and look at the role, value and impact of festivals in our broader glocal contexts. What’s more, this FestFlash includes a special insightful collection of artistic discoveries! Enjoy our festival stories and get in touch if you have a story of your own to tell!

Armenia’s festivals: a space for dialogue between cultures

[By Tigran Danielyan] Armenia has, arguably, been turned into a country of festivals for the recent ten years. For instance, THE THREE APPLES (festival of story-telling), FIREBIRD, POMMEGRANATE Seeds (festivals of children’s musicals) and numerous other similar events, both Republican and Pan-Armenian are being held throughout the year. However, the key festival initiatives of Armenia are primarily inclined to emphasise the international scale. This tendency aims to develop a common space for a dialogue between the cultures of Armenia and that of abroad. More than 50 festivals are being held in Armenia annually, the vast majority among which theatrical and musical. For instance, YEREVAN PERSPECTIVES International Music Festival, which had its 14th edition run this year, is designed to invite the most outstanding classical music performers and ensembles to Armenia. Continue reading!

The Place of Surprise

[By Hasan Isikli] It was just after a friend’s concert. We were outside, in the terrace of the bar celebratin her success, smoking a cigarette and chatting about her last and previous performances. In the middle of conversation two other friends said they would go to a concert in Kouter Square and they invited me too. I didn’t ask a single question about the type of music and the artists. It was Gentse Feesten time and if a friend invites you, the rule is “just dive into it, you never know what you will discover”.Continue reading!

From Strangers to Family

[By Claudia Galhos] There is a festival in old Lisbon neighbourhoods that makes art with the spices of multiculturalism. What is a festival? The question is as relevant nowadays as is questioning the trend of making art with or for the community. Sometimes the two directions come together: festivals that include the community and which are made thinking of involving the community (I won’t even go into discussing the concept of community here, I leave that for another occasion…). At the base of that categorization and trend there is usually a simple market reasoning: the mere idea of following a more popular genre of arts to attract more audience and be seen as more useful. Why? Because it conveys the economic pressure of art for a purpose, art that is useful, either for tourism and masses of audiences or to concretize the idea that art is transformative and pedagogic and that by involving communities it fulfils its utility and annuls the spectre of the so famously proclaimed by various intellectuals, such as Oscar Wilde “art has no use”, meaning that art has an intrinsic value in itself, for the sake of art, a value that should never be questioned because it is his most precious benefit. Continue reading!

[By Eva Nunes] What I heard about the (Arts) World is back to share with you, dear EFA members and friends, some more premieres, creators and pieces that we think you might find interesting to know about. In this second edition you will find some of the noteworthy projects that you have brought to our attention (thank you for sharing!) including some particularly interesting tips we heard about from the members of the European House for Culture on researchers/creators and an (im)possible festival! Last but not least, we share with you a performance presented earlier this year at one of our festivals that brings us back to the conviction that collaborating across art forms can be a good thing. As a special treat, you’ll also discover a Focus series from one of our colleagues… enjoy! Continue reading!

[By Lisa D’Onofrio] Nearly 6 months on from the Atelier in Edinburgh, and I am still feeling the reverberations. I suspect that I will continue to feel the effects for a long time too, as the connections made, and discussions shared build and linger. One of the first things I got out of the Atelier is the name itself – not a term commonly used in Australia. Not a workshop, not a conference, the Atelier was an experience, a collaborative space where sharing, discussion and reflection was mandatory. Continue reading! 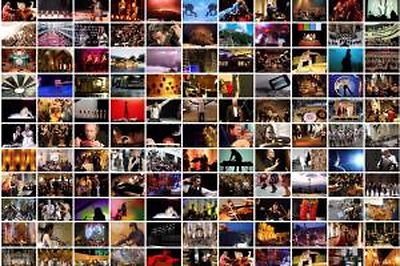