[PRESS RELEASE; Brussels, Belgium] The Festival Academy’s next Atelier for Young Festival Managers, the training programme initiated by the European Festivals Association (EFA), will take place in Poznan, Poland 20-27 October 2014. It will be hosted by the Malta Festival Poznan. Seven renowned festival directors from all over the world will participate to share their experiences and visions with 41 young festival managers from 23 countries. Public events include the official opening ceremony on 20 October with a key-note speech by Mark Ball, Artistic Director London International Festival of Theatre (LIFT) and the closing session on 26 October with Robyn Archer, Artistic Director The Light in Winter Melbourne.

“We are happy that Poznań will be hosting, for the first time in Poland, the prestigious Atelier for Young Festival Managers, and that the Malta Foundation has the opportunity to take an active role in organizing the event. We are confident that the talks, discussions, and appearances by representatives of Poznań’s cultural institutions will foster international networking and, in turn, lead to the creation of new projects,” said Michał Merczyński, General Director of the Malta Festival Poznań and the Nostalgia Festival Poznań.

On Monday 20 October 2014 at 18:00 at Zamek Culture Centre the Atelier will be opened by Dariusz Jaworski, Deputy Mayor of Poznan, Karol Działoszyński, Chairman of the Malta Foundation Board and Anna Hryniewiecka, Director Zamek Culture Center. Darko Brlek, President of the European Festivals Association (EFA) and Prof. Jerzy Limon, Director of the Gdansk Shakespearean Theatre will welcome the Atelier group. Kathrin Deventer, Secretary General of EFA will introduce the Atelier and Mark Ball will kick off the Atelier with a keynote speech setting the tone for 7 days of intense discussions and inspiring exchanges. The Atelier POZNAN 2014 will close with a public session on Sunday 26 October 2014 at 18:00 at Zamek Culture Centre, including a closing speech by Robyn Archer.

If you would like to attend the public events, please RSVP by 17 October 2014 (contact: Malgorzata Mikolajczak: malgorzata@malta-festival.pl). A detailed programme and more information on the Atelier are available online at www.TheFestivalAcademy.org or at www.nostalgiafestival.pl; interviews can be arranged.

“After six editions of the Atelier the Poznan edition will again be a unique platform that allows for formulating experiences and passing on knowledge to the next generation of festival makers. We invite the participants of the Poznan Atelier to become part of the alumni network today counting 223 emerging festival leaders from 58 countries” said Kathrin Deventer, Secretary General of EFA.

Latest news and more information on presenters and participants can be found at www.TheFestivalAcademy.eu or www.facebook.com/AtelierForYoungFestivalManagers.

The European Festivals Association (EFA) is the umbrella organisation for festivals across Europe and beyond representing 102 festivals, national festival associations and cultural networks from 41 countries. EFA initiated the Atelier for Young Festival Managers in 2006; since 2013 it has been organised by The Festival Academy. The Atelier POZNAN 2014 is co-organised with the Malta Festival Poznan and supported by Adam Mickiewicz Institute, Marshall Office of the Wielkopolska Region in Poznan, Department of Culture and Heritage Poznań City Hall, Polish Institute Cultural Service of the Embassy of the Republic in Poland in Brussels, Culture Centre ZAMEK, Art Station Foundation by Grażyna Kulczyk, Stary Browar, Concordia Design, School of Form, ABC Gallery, Foundation for European Art, Enter Music Festival, Hotel Boutique Garden, Hotel NH Poznań, Pol-Car and Goethe Institut – Poland. Arts Council Korea, Africalia Belgium and Pro Helvetia, Schweizer Kulturstiftung are supporting participants from Africa, South-Korea and Switzerland to take part in the Atelier POZNAN 2014. The Festival Academy and the European Festivals Association thank for their support: the European Commission, the Flemish Authorities and the City of Gent. 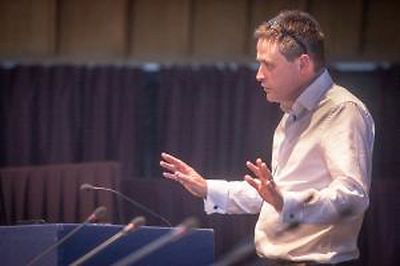