Classical:NEXT – the world’s leading expo for classical and contemporary music – has just published the first programme details for this year’s edition of Classical:NEXT (20-23 May 2015) in Rotterdam, the Netherlands. The European Festivals Association (EFA) is proud to announce that all EFA members are as of now entitled to a special discounted network rate. The meeting is taking place at the same time as the Rotterdam Operadagen, reduced tickets available for Classical:NEXT delegates.

Make use of this unique networking opportunity: More than 900 professionals from 40 countries attended the last edition with this year’s numbers already ahead. Among them representatives from emerging scenes such as South Korea and Brazil from literally all sectors of classical music. Networks such as the International Society for the Performing Arts, Association of British Orchestras, France Festivals and more have already announced their attendance.

In addition to the expo and networking areas, the meeting will feature a wide range of conference sessions as well as experimental evening concerts (Live Showcases). A double keynote by Martin Hoffmann (Berlin Philharmonics) and Yannick Nézet-Séguin (Rotterdam Philharmonic, via video) will open the meeting on Wednesday, 20 May. A new item for this fourth edition is the “Classical:NEXT Innovation Award” to be given out at the closing event on Saturday, 23 May 2015. During the four days in between, the conference will feature speakers from The Metropolitan Opera, El Sistema, Interlochen Centre for the Arts, Concertgebouw Amsterdam, Universal / ECM, Association of British Orchestras and many more addressing topics such as educational trends, strategic management for presenters or experience marketing and the study of today’s audiences for festivals. In the evenings, international showcases will feature unorthodox approaches and new formats including audience involvement, visual art, blends with jazz or Middle Eastern music as well as special programmes for children.

More programme to be announced soon!

The Guide Rate Deadline is on 6 March 2015 (all delegates and companies registered by 6 March 2015 (payment receipt deadline!) will be listed in the printed Classical:NEXT guide book handed out to all delegates as a year-round source of information).

Please contact the EFA Secretariat at juliane@efa-aef.eu for details on how to make use of the EFA network discount! 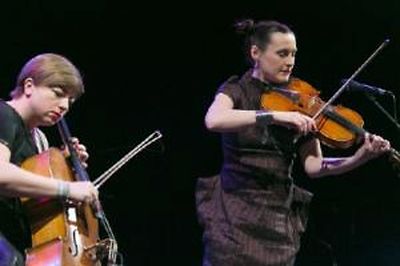