Outstanding conductors, excellent soloists, great orchestras from Europe and the world; a programme featuring not only well-known classics but also musical discoveries and premieres – 22 March will see the inauguration of the 19th Ludwig van Beethoven Easter Festival, one of the largest and most important music events in Poland.

“Already the festival’s motto – ‘Beethoven – Successors and Continuators: Brahms, Mahler’ sets its central theme. We will hear compositions by Beethoven, Brahms and Mahler, as well as works by other composers, which were created during that time. These composers will feature prominently because their works will inaugurate the festival. On the first night, Beethoven’s “Coriolan” overture, Johannes Brahms Double Concerto in A minor, and Gustav Mahler’s Symphony No. 4 will be performed by the Polish National Radio Symphony Orchestra in Katowice under the baton of the American conductor Leonard Slatkin,” says Elżbieta Penderecka, the general director of the Ludwig van Beethoven Easter Festival.

The mastery of the conductors will be on full display during the two-week festival (22 March to 3 April). We will already admire Leonard Slatkin on the first night. A day later, the Czech master of the baton Jiři Bělohlávek, together with the Czech Philharmonic and Rudolf Buchbinder – a regular performer with the festival – will play Beethoven’s Piano Concerto No. 5 in E flat major Op. 73 and Antonín Dvořák’s Symphony No. 7. Other guests will be excellent conductors of the younger generation, including Russian Vasily Petrenko, for the first time in Poland. The 38-year-old principal conductor of the Royal Liverpool Philharmonic Orchestra will guest conduct the Beethoven Academy Orchestra. The programme includes Mahler’s Symphony No. 1 in D major “Titan” and Sergei Rachmaninov’s Piano Concerto No. 3 in D minor, with pianist Simon Trpčeski as a soloist (1 April). Another thirty-year-old conductor, associated with the Cincinnati Symphony Orchestra is Robert Trevino who will conduct Sinfonia Varsovia at the festival (30 March). A highly regarded conductor from Armenia, Sergey Smbatyan, will perform Beethoven’s Symphony No. 7 and Dmitry Shostakovich’s Violin Concerto with the Warsaw Philharmonic Orchestra. The artists will be accompanied by the phenomenal Spanish violinist Leticia Moreno (29 March). In what is an unusual programme, we will admire the international Baltic Sea Youth Philharmonic led by Kristjan Järvi, who is well known to the festival audience. The programme includes works by composers from the Baltic Sea region, including Jean Sibelius, Edvard Grieg, Arvo Pärt, Wojciech Kilar, Krzysztof Penderecki, but also young contemporary composers such as Gediminas Gelgotas from Lithuania (26 March).

Virtuoso pianists Zee Zee from China, Alexei Volodin from Russia, and Simon Trpčeski from Macedonia will also be heard at the festival. “I would also like to turn attention to the performances of two great Polish pianists associated with the Ludwig van Beethoven Association: Julia Kociuban and Szymon Nehring, who will represent us this autumn at the International Fryderyk Chopin Piano Competition in Warsaw. I hope they will get into the finals,” adds Elżbieta Penderecka.

Benjamin Britten’s “The Turn of the Screw”, which is called a psychological opera thriller, will be performed for the first in Poland (28 March). “Completed in 1954, the opera was premiered in Italy, and soon afterwards in London and New York. Because it has never been heard on a Polish stage, we hope its concert performance will give much joy to music lovers,” says Elżbieta Penderecka. Under the baton of Łukasz Borowicz and with an international cast of singers, Britten’s opera will be presented as part of the festival’s regular series presenting forgotten or completely unknown operas.

Opera aficionados will also relish an overview of the work of Pietro Mascagni (in celebration of the composer’s 70th anniversary of death), including operatic arias and duets from “The Masks”, “Lodoletta”, “Iris”, “Isabeau”, “Nerone”, “L’amico Fritz” and “Cavalleria rusticana”. The soloists will be Ewa Vesin (soprano) and David Sotgiu (tenor). The Polish Sinfonia Iuventus Orchestra will be conducted by Massimiliano Caldi (24 March).

The organisers have prepared a special treat for lovers of early music and historical performance. On 31 March at the Warsaw Philharmonic Hall, the period instrument ensemble Boston Baroque from the USA will perform, under the baton of outstanding conductor Martin Pearlman, “Vespro della Beata Vergine”, one of Claudio Monteverdi’s most beautiful works that fits so well with Easter.

The highlight of the chamber concerts will be performances of Beethoven and Brahms quartets and quintets by the much sought-after Alexander String Quartet from the United States (28 and 29 March). Other performances also promise to be interesting: the brilliant Hover State Chamber Choir from Armenia (28 March), a Brahms lieder recital with mezzo-soprano Janina Baechle (31 March) and the Korean Chamber Orchestra with Korean violinist Ju-Young Baek (25 March).

The closing concert of the 19th Ludwig van Beethoven Easter Festival will take place on Good Friday at the Warsaw Philharmonic Hall. The Polish National Radio Symphony Orchestra in Katowice and the Kraków Philharmonic Choir will perform under Alexander Liebreich. In addition to Gustav Mahler’s “Kindertotenlieder” and Johannes Brahms’s “Schicksalslied”, it will feature the Polish premiere of Krzysztof Penderecki’s “Dies illa”, which was written to mark the centenary of the outbreak of World War I and premiered in the autumn of 2014 at the Flanders Festival in Brussels, as part of the grand “Thousand Voices for Peace” concert.

According to the tradition, the prologue to the festival will take place in Kraków. It will begin with an exhibition of musical autographs (17 March), the opening of which will be accompanied by a recital of Cracovian pianist Julia Kociuban. The same night at the Kraków Philharmonic we will admire the Beethoven Academy Orchestra under the baton of Massimiliano Caldi. Russia’s Yulianna Avdeeva, winner of the 2010 Chopin Competition will sit at the piano. The next two evenings are meetings with the U.S. Alexander String Quartet (National Museum’s Sukiennice Gallery) and a concert by the Czech Philharmonic conducted by Jiří Bělohlávek (Kraków Philharmonic).

The festival concerts will be also held in other Polish cities, including Gdańsk, Katowice, Opole, Radom, Rzeszów, Wrocław and Szczecin.

Tickets are available as: www.eventim.pl 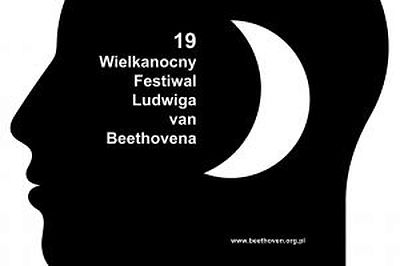