New on Festival Bytes: “You need people to make a dream happen”

24 March 2015, Beirut. Today is the first day of the Atelier for Young Festival Managers in Beirut, I don’t feel like writing something, because I feel so full of impressions that I wouldn’t even know where to start. I’ll try anyways. We split up into groups this morning and went to see different cultural venues across town. It was so difficult to choose, but finally I went with the group to see Zico house and the Monot Theatre. Apart from my Atelier fellows, Zico was probably the most inspired, inspiring, funny and energetic person I have met throughout the Atelier. After the civil war, in the 90ies, Zico opened his living room for art exhibitions and performances. It soon became the meeting point for artists in Beirut. “Let’s go to Zikkos,” they said, and the production house was born. Zico is actually the technical director of the place. But he is also the soul. Read the full blog by Ana Zirner about the Atelier in Beirut on Festival Bytes. 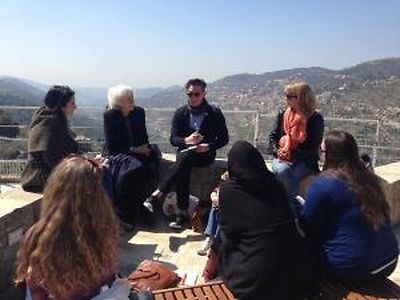