“Fascinating Finland: Sibelius, Tango and Kalevala”: from 19 September to 10 October, the 22nd Usedom Music Festival will allow audiences to discover the musical culture of Finland. Some 30 concerts held on the island of Usedom will explore the nation’s passion for tango, devote themselves to that great Fin, Jean Sibelius, who is the central theme of the event, and take a musical excursion through the Finnish national epic, “Kalevala”. “This year, our main objective is to get the audience excited about the fascinatingly rich music culture of Finland. Finland may be a small country by population, but it is a major power musically and will make the bi-national island of Usedom resound for three musical weeks with international stars”, says artistic director Thomas Hummel enthusiastically. At some 20 locations, visitors will get to experience a broad spectrum of Finnish music, from chamber music and folklore to the sounds of tango and great symphonies, played by internationally renowned ensembles and solo artists.

International stars in Usedom, and a world premiere in Peenemünde
The opening, in the historic power plant in Peenemünde, will be graced by the Baltic Sea Youth Philharmonic under the direction of Kristjan Järvi and the pianist Pauli Kari, with the world premiere of the GREEN Concerto – a musical call for greater protection of the environment by the Finnish composer Severi Pyysalo. The display of Finnish music will continue with ensembles of the Berliner Philharmonic, the solo singers of Lumen Valo, the Leipzig String Quartet, the celebrated pianist Henri Sigfridsson, the tango orchestra Guardia Nueva, the Boulanger Trio, the Hofkapelle of Weimar, the pianist Maria Lettberg and many more, in locations across the whole island of Usedom. For the second concert in Peenemünde, which concludes Musikland MV’s (the Musicians’ Association of Mecklenburg-West Pomerania) concert season, the NDR Symphonic Orcherstra under Thomas Hengelbrock turns to one of Jean Sibelius’s inspirations, Anton Bruckner.

Jean Sibelius and the three Baltic Jubilees
Jean Sibelius, the first international star from Finland, was born 150 years ago. His work and life are at the centre of the 22nd Usedom Music Festival. The Baltic Sea Youth Philharmonic, founded by the Usedom Music Festival and Nord Stream AG, and Kristjan Järvi open the festivities with Sibelius’s great Symphony Nr. 3. They will also play the “Imaginary Trip to the Faeroe Islands” composed by the Danish composer Carl Nielsen, another Baltic composer born in the same year. The next day, the musicians from the Boulanger Trio will bring to life the dreams of awakening of the young Sibelius. An exhibition accompanying the festival, organised with the support of the Finland Institute, takes a look at Jean Sibelius the man and the artist. In the framework of the Baltic Sea Music Forum, an initiative rich in tradition founded by the Usedom Music Festival, North German Broadcasting (NDR) and the Musicians’ Association of Mecklenburg-West Pomerania (Musikland MV), master cellist David Geringas, together with outstanding soloists from the NDR Symphonic Orchestra, reveals surprising connections to the Russian composer Alexander Glasunov, who was also born in 1865. The award-winning Hofkapelle of Weimar under Peter Hörr and the Finnish pianist Henri Sigfridsson bring to life works by all three Baltic composers whose jubilees are celebrated this year.

Tango, Myths and Songs
The Finnish national epic “Kalevala” will inspire musical readings and concerts at the 22nd Usedom Music Festival. Reader Frank Arnold and pianist Sami Väänänen will explore the world of Finnish mythology through the compositions of Jean Sibelius and Erkki Melartins. Karoliina Kantelinen and Ikka Heinonen will take the audience on a voyage to Karelia with old Finnish folklore and joik songs. The award-winning voices of Lumen Valo, under the direction of Kari Turunen, will present spiritual chants that were first printed in Greifswald hundreds of years ago. The composer of the Finnish national anthem was German: in the Friedrich Pacius-Salon, spectators will also experience the German version of his songs for the first time. Finland’s tango culture will be represented by the Trio Cayao, by the Signum Saxophone Quartet, winner of the Usedom Music Award 2011, and finally, in a festive gala, by the tango orchestra Guardia Nueva under the direction of Raimo Vertainen.

A stage for young talents
Promoting young musical talent is one of the main objectives of the Usedom Music Festival. For over twenty years, the festival has been presenting winners of the competitions organised by the New York foundation Young Concert Artists. This year, the pianist Daniel Lebhardt is invited; at only 22 years old, he has already played at the BBC Proms in London. Along with the awarding of the Usedom Music Award, which comes with a 7,000 euro prize from the Oscar and Vera Ritter Foundation, the Achterkerke Foundation for Children will be awarding the Young Usedom Music Festival’s Achterkerke Music Prize for the second year. It is endowed with 5,000 euros for the winner of the North German “Jugend Musiziert” competition. Within the framework of the Young Usedom Music Festival, schoolchildren from Usedom can discover their creative potential together with master students of David Geringas’ cello course, the award-winning music educator Andreas Peer Kähler, the string quartet of the Unter den Linden chamber orchestra and the Signum Saxophone Quartet.

Since 1994 the Usedom Music Festival has been showcasing the rich musical cultures of the Baltic Sea region. The diverse and exciting musical programmes, accompanied by art exhibitions, presentations and readings, allow one to reflect on one’s own culture and sensibilities in the mirror of the others’. Festival music effortlessly overcomes geographic, historical and cultural boundaries and brings people together across countries and generations. 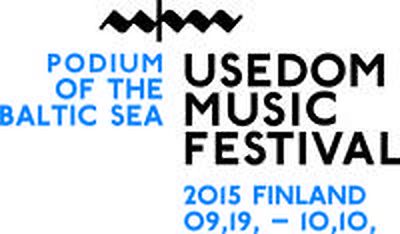