In 2015, the SoNoRo Festival in Bucharest, Romania celebrates its 10th anniversary from 30 October to 16 November. SoNoRo was born in 2006 as an experiment to bring chamber music back to Romania, where this genre of music making was somewhat forgotten at that time. Since then, SoNoRo Festival has developed into one of the most exciting, creative and internationally acclaimed cultural platforms in Eastern Europe.

SoNoRo Festival concerts take place in the best concert halls, palaces, museums, theatres, clubs and other unusual locations not only in Bucharest but also in other Romanian cities like Cluj-Napoca, Iasi, Sibiu, Arad or Timisoara. Artists include many of the most interesting and internationally appreciated musicians on stage today. The programme ranges from baroque, classical and modern masterpieces to jazz, tango and crossover music.

Most importantly, SoNoRo attracts unprecedented numbers of listeners every year, and as a result there has been a real chamber music Renaissance in Romania. Celebrating its 10th anniversary this year, SoNoRo it is still young, curious and open for new ideas and creative challenges.

“In ten years of SoNoRo we have dreamt, imagined, performed and shared with you many artistic, personal, crazy things, ideas and impulses. The result was ten extraordinary years of beautiful music making with our old and new friends. ‘Deserve your dream’- these are very wise words of Octavio Paz, the great Mexican poet. We will do everything to deserve ours and to turn SoNoRo “Dreamers” into the most magical and joyful two weeks,” says Razvan Popovici, the festival’s Executive Director. 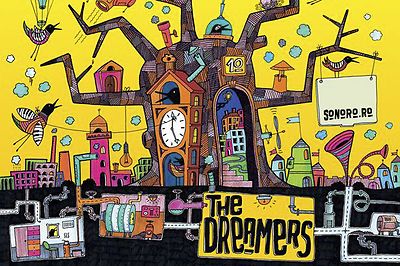