As of October, EUROPALIA focuses on Turkey! Turkey is often called “the cradle of civilization”. Since the earliest prehistoric times Anatolia has served as a bridge between Europe and Asia. Few other countries have known such a large number of civilizations succeed one another or exist side by side. Down the centuries this has fuelled intercultural cross-fertilization. So standing as it does at the crossroads of Asian and European cultures, Turkey is the ideal candidate for this edition. Exceptional masterpieces from the greatest Turkish museums, contemporary arts, traditional and contemporary dance, co-creations, from classical to electronic music, literary events, focus on film… all to be discovered from 6 October 2015 until 31 January 2016!

Europalia has always shown the most diverse cultures. Initially these were mainly European countries, but in the recent past the horizon has been extended to cultures like Russia, India, Brazil and China. As the fastest growing economy in Europe, Turkey is frequently mentioned in the same breath as these growth countries.

Turkey is indeed becoming an increasingly important economic player on the world stage. Recent years have brought low inflation, a young and well-educated workforce and a favourable climate for foreign investors. As one of the most popular tourist destinations in the world, tourism makes a substantial contribution to the country’s GDP. The richness of its culture partly accounts for Turkey’s popularity among tourists.

The choice of Turkey as the guest country is also an opportunity for Europalia to strengthen our ties with Belgium’s large Turkish community. Initiatives are under way to involve Turkish Belgians in the programme and to have the European public discover the country’s unseen cultural richness.

Enough reasons for taking a close look at this fascinating country...

Have a look at the full programme at www.europalia.eu. 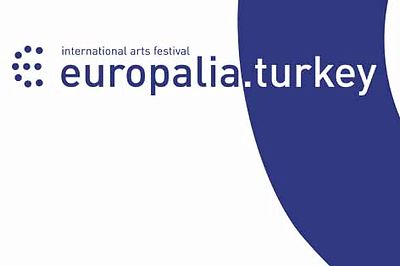