The unwritten rule of writing an African story is that of a war-torn country with children wielding machine guns in a poor rural setting. Of old African dictators who do not give up power and of love happening in a village or slum as the sun sets. This is how you tell the African story. No! These perceptions, sadly, are simplistic narratives that don’t take into account the diversity of Africa’s countries, religions, and cultures whose stories are different and complex.

As Africans, we have grown in a world of being bundled up into a continent other than respecting the diverse countries, cultures and people in Africa. Yes, we have had wars, but so have many other countries around the world. Our stories always seem to be invalidated by the negative stories that are portrayed of a crumbling Africa. We live in a country where the Kenyan soldiers who die in the battlefield in Somalia are not celebrated as men and women who gave up their lives fighting to keep peace within our borders. But yet we are judged by the mediocrity spewed by a few politicians instead. We live in a world where a whole continent is wrongly described, stories of bravery, of winning against adversity, but are more often than not killed by bad press. What about the heroes within our society, or what about the villains in Africa told from the African perspective? African stories should not only be those of adversity, war and lost love, but should also be told by Africans from the African perspective. [...]

Read the full blog by Liz Kilili on Festival Bytes. 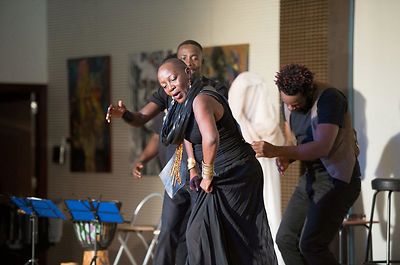