Rania Elias, Director of Yabous Cultural Centre and the Jerusalem Festival, Palestine will join the pool of presenters for the Atelier BUDAPEST, 2-8 June 2016. She previously participated in the Atelier BEIRUT 2015.

“Organising cultural events, especially festivals, is very important on different levels. It’s a political statement, and it’s a social issue as well because you try to get different messages through organising these cultural events. You have hundreds of festivals and organisations working in culture, but if you don’t have a vision or a mission it’s not going to be unique or special.”

Director of the Yabous Cultural Centre in Jerusalem, Palestine since 1998, Rania Elias has been dealing with local and international public relations, business management, events management, project coordination and funding. She has been the director of the Jerusalem Festival since 1998, which is the main annual activity of the Yabous Cultural Centre. 18 festivals have been successfully organised over the years. Each festival encompasses a unique theme and vision, which consequently defines the character, the atmosphere and the programme of the festival. The festivals have featured renowned Palestinian, Arab, and international artists.

Rania Elias is on the board of trustees of several organisations and networks, both Palestinian and international. She is a often invited as a speaker for international and local conferences dealing with cultural issues in Palestine.

She contributed to several studies during her work as a Fieldwork Researcher and has been active in voluntary social work involved in dealing with cases of abuse in various human rights issues. Recently she was elected as the Chairperson of Badil Resource Center for Palestinian Residency and Refugee Rights.

Rania Elias was the acting Director of the Bethlehem International Festival 1995 – Palestinian Ministry of Culture, and the Administrative Director of Riwaq - Center for Architectural Conservation – Ramallah (1995-1998).

In 2007, she was appointed as a member of the national and executive committee for Al Quds – Capital of Arab Culture 2009 and head of the events committee.

The Yabous Cultural Centre is a unique cultural non-governmental organisation based in East Jerusalem. Our 18 years of experience have given our young and dynamic staff a profound understanding of promoting culture in East Jerusalem and how important it is for civic engagement and nation building. We encourage cultural values that enhance innovation, quality, diversity and tolerance to varying cultures and their values, provided this does not compromise our principles. 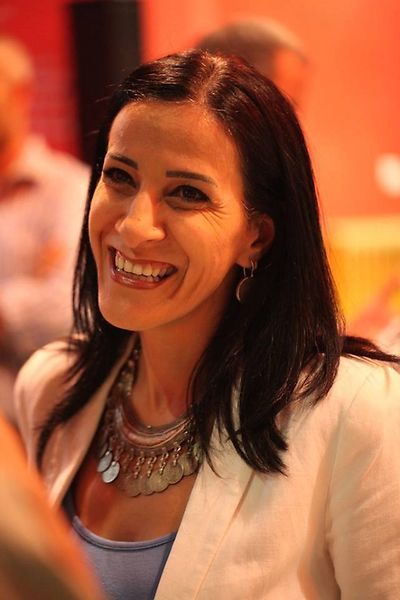