This year's edition of the first Bulgarian music festival will last over 100 days. The Baroque module will extend the tourist and cultural season in the sea capital of our country by the end of September. 46 events will meet the audience in Varna with classical and contemporary music created within seven centuries.

The "Varna Summer" International Music Festival, the first music festival in Bulgaria and among the first in Europe, celebrates 90 years since its establishment. The program of this big summer artistic forum carries on one respectable tradition and for the first time the festival will be lasting more than 100 days and will include 46 events.

The jubilee edition remains faithful to the legacy of its founders and visionaries from 1926: "To present to the citizens of Varna the best of Bulgarian and world music scene." The rich multi-genre program is structured in six modules:

Guests to the festival will be musicians from Bulgaria, Germany, Netherlands, Austria, Croatia, Slovenia, Spain, Italy, Romania, Russia, Turkey, Hungary, France, Finland, the USA and others. The program presents music composed within a  seven century period - from the XV to the XXI century. Traditionally, the festival gives special attention to Bulgarian music with an authors’ concert of the composer Milko Kolarov for his 70th anniversary and with works by Pancho Vladigerov, Vasil Kazandzhiev, Mihail Pekov, Petko Staynov.

The program includes several Bulgarian premieres of works from outstanding contemporary composers : Concerto for viola and strings by Keith Jarrett, vocal cycle "Schuon Lieder" by John Tavener Concerto for violin and orchestra by Philip Glass and the world premiere of "Paraphrase-concertante for piano and orchestra" by Milko Kolarov.

The module Opera in the Open-air Theater includes six new productions, among others is the world premiere of the musical "The Count of Monte Cristo" by Yves Dessca. 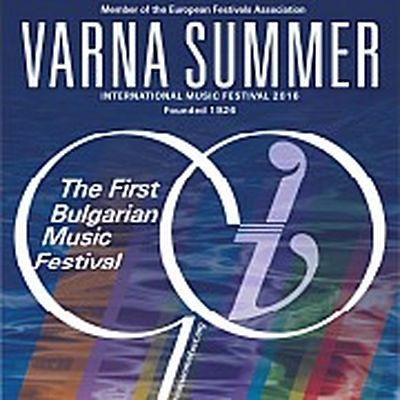