Another mentor of the Atelier BUDAPEST 2016 is Sir Jonathan Mills, Programme Director of the Edinburgh International Culture Summit. He previously participated in the Atelier VARNA 2009, IZMIR 2011, and the Atelier EDIMBURGH 2014

“Festivals are one of the few remaining entities in which artistic directors are allowed and indeed expected to take risks. It is not however, simply about taking risks for the sake of it, it is about reinventing and reinvigorating even the most established festivals [...]. Those in charge of these precious entities have an enormous responsibility, as much of what we do reflects the imagination of the artists and encourages the imagination of the audience,” said Sir Jonathan Mills during the Atelier VARNA 2009.

Jonathan Mills is a prominent, Australian-born, composer and festival director, who resides in the UK. In the 1990s he worked in the Architecture Faculty of RMIT University in Melbourne, Australia, leading courses in acoustic design. He is the composer of several award-winning operas and works for chamber ensemble and orchestra. His opera Eternity Man was recognised by a Genesis Foundation commission in 2003 and his oratorio Sandakan Threnody won the Prix Italia in 2005.

He has been director of various festivals in the Blue Mountains (near Sydney), Brisbane, Melbourne and Edinburgh, UK, where he was the director of the Edinburgh International Fesvival between 2007 and 2014.

His work has been recognised by awards from the governments of Australia, Britain, France, Poland and South Korea. 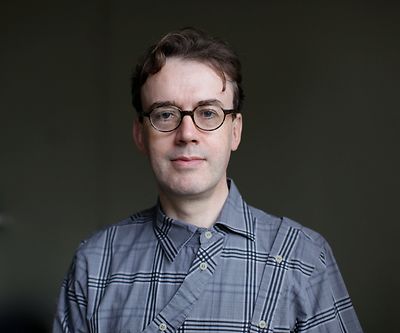