I am glad to address you with this letter concerning the next EFA Presidency and Board elections in Rheingau on 5 May during the Arts Festivals Summit 2017 from 3-5 May. I would like to invite all EFA members for the next Board, Vice-Presidents and President elections of the European Festivals Association. Please propose yourself or one of your colleague directors for the various vacant posts, no later than one month before the next General Assembly on 5 May.

The Association is in a crucial state of its development. It has built up an exceptional international standing serving today as reputable partner for the European Union and important stakeholders worldwide with its membership, its Festival Academy and its European Label for Festivals. During the last decade and more in which I had the honour to be your president, the Association has tripled its budget and is today in an outstandingly positive and healthy position. I feel that for the future, we do not only need to consolidate but also deepen this enlarged work plan for the best of you, our members in the first place, and the festival sector at large.

It is today the moment to announce to you that I will not be a candidate anymore for the post of President of the Association. After 12 years of serving as EFA’s fifth President in the Association’s history (Denis de Rougemont 1952-1982; Tassilo Nekola 1982 – 1989; Frans de Ruiter 1989 – 2004; Gavin Henderson 2004, Darko Brlek elected president in Brno in 2005), 8 years of serving as your Vice-President elected in Torino in 1997, and 22 years as a board member, it is time for colleagues to take over this important mission.

I am grateful for the 22 years in which I saw the Association change drastically; in which membership, boards and secretary generals (Henry Siegwart, Tamas Klenjansky, Hugo De Greef and Kathrin Deventer) changed; in which the office moved from Génève to Gent to Brussels (I still remember the letter addressed to the Association including this proposal); in which new activities and projects were born; and in which the world changed drastically.

As I said in the beginning of this letter to you, I am glad that the Association is financially healthy and a reputable organization internationally. Challenges are various but together with each member of our Association and the board as well as the EFA team in Brussels, I am convinced of a bright future for the Association.

I would like to conclude this letter by thanking the EFA Vice-Presidents Michael Herrmann und Massimo Mercelli, as well as the EFA Board with Colm Croffy, Paul Dujardin, Peter Eriksson, Filiz Sarper, Hermann Schnitzer, Ibrahim Spahic and Phillip Toussaint for their trust and their support in my presidency, as well as all Board member colleagues I worked with before. I would above all like to thank you, dear EFA members, for your continued trust and mandate. I am gladly working now towards the General Assembly in Rheingau and offer a fantastic post and role to the sixth president and the next Board in May 2017.

I am looking forward to seeing you numerously in Rheingau and receive your applications and proposals.

President of the European Festivals Association 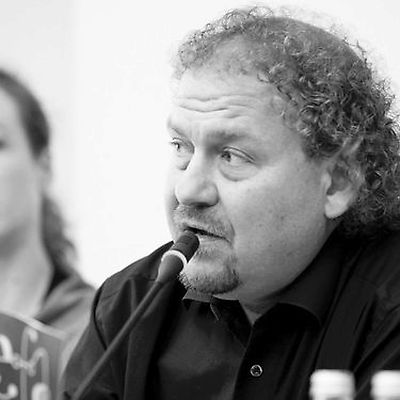