What future for festivals? What festival of the future? Bergen’s discussion report.

Bergen International Festival organized a session to discuss about festivals and their future on 30 May. Arts organizations around the world lose their sense of automatic legitimacy and are waking up to a reality where they have to build and reach new audiences, how can festivals react?

The discussion panel was moderated by Kasper Holten (Director of the Royal Opera House in London) and composed of:

The discussion opened on individual statements from the panelists. Jorn Weisbrodt shared his unique vision from North America and insisted on the local engagement of a festival, the special connection with the city it takes place in and its community. He insisted on the role for a festival to bridge the existing gaps in the society.

Fergus Linehan continued on the topic of the legitimacy of a festival and whether or not it can expire. Taking the example of the Edinburgh Festival, according to him, it should not be a great spaceship bringing globalized culture to the city and then take off again. The festival of the future has to  weave itself in the complex context it takes place in, taking into account education, economic issues, etc.

Topi Lehtipuu focused on audience challenges and in particular on reaching young audiences. The Helsinki Festival is trying to use more technology to fit in the digital era and bring a younger public to their festival. They try to reach them on existing networks and through relevant influencers in order to make them hungry for live experiences. Fergus Linehan commented that festivals should also not become self-hating about its older audiences. People often become interested in different art expressions later in life, and looking at it from an economic point of view, there a huge growth market of older people who will have a lot of free time.

Anders Beyer sees digitalization as the main opportunity for Festivals in the future as it brings new ways of communication, curating but also cooperation. Making productions available online for example and circulate them in large European Festivals, would help to share the identity of the region they come from.

About cooperation, Kathrin Deventer shared her optimism for closer collaboration between festivals in Europe. For her, both digital but also eye-to-eye communication are essential to make festivals learn from each other and evolve.

The session continued with a few questions including the difference between festivals and other cultural institutions. There was the idea that festivals should bring people something that they would not experience otherwise and also the idea of transforming the city, invading a public space. That was the answer built little by little by the panelists. Later on, the business model question came along. All the way from providing very precise numbers to attract more sponsors to the necessity to praise for culture as a common and public good, the panelists had different views on the matter.

The discussion ended on an optimistic note and a clear appetite for cooperation among these large festivals to face the challenges of the future. Watch the full debate here. 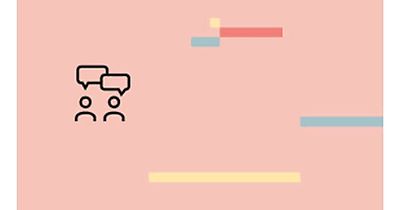