Varna Summer International Music Festival is the oldest music festival in Bulgaria and one of the festivals with the longest tradition in Europe. It is an important and prestigious forum of Bulgarian and world music and performing art in the field of classical music.

Last year edition of “Varna Summer” celebrated the 90th anniversary of the festival, which has been faithful to the legacy of the founders in 1926: "To present to the citizens of Varna the best of Bulgarian and world music scene." Over the years, tradition and modernity complement each other to present and highlight the achievements of Bulgarian and Varna musicians in the context of European music art. This year the festival pays special attention to youth projects as part of the overall atmosphere of Varna – European Youth Capital 2017.

The rich multi-genre program is structured in six modules:

Modules are complemented by a varied parallel program with joint projects in collaboration with the International Theatre Festival, the Metropolitan Opera, the Bulgarian author and conductor Plamen Dzhurov and the Mastretta Ensemble from Spain.

On June 25 the Varna Philharmonic Orchestra will give the opening concert. 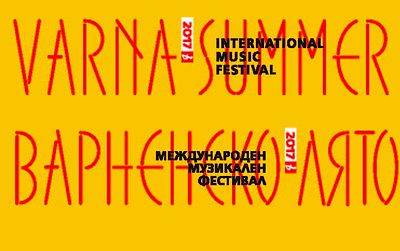