“Sarajevo Winter” announces its 2018 edition and its call for entries

The 34th edition of the International Sarajevo Winter Festival will take place in February and March of next year. The theme for 2018 will be: The other face of the world. With this announcement, the festival has launched its new visual and its 2018 Facebook page.

The International Festival Sarajevo "Sarajevo Winter" is a traditional meeting of artists and citizens of the world. For over 30 years of existence, the Festival has become an inseparable part of the city's life and its inhabitants. The Sarajevo Winter Festival has been continuously held throughout the past years, even during war time, and has become a symbol of freedom, creativity and familiarity with different cultures and civilizations of the world.  The organizer of the “Sarajevo Winter” Festival is the International Peace Center Sarajevo.

At the press conference held at the IPC Gallery, the director of the Sarajevo Winter Ibrahim Spahić announced some of the Winter Program 2018 and presented a creative team that will work on the identity and communications of the festival. The drawing of the Blue Circle of academic painter Mensur Porović will be used as the basis of visualization. Mila Melank will perform visual communications, ie graphic design. The french composer Eric Breton's music will be used for identification, and video will be made by Kai David Melank.

The festival just opened a call for entries for artists for its next edition. Artistic projects in the field of Film, Stage Arts, Visual Arts, Music, Literature and/or addressed to youth are welcome. More details and application form here. 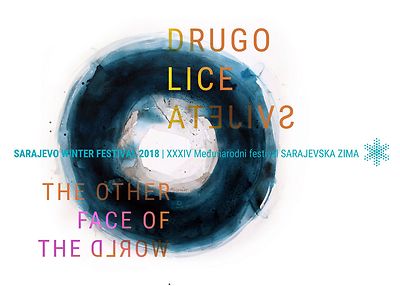