This year a total of 78,600 concertgoers visited Lucerne Festival in Summer, resulting in very favorable final numbers for the Festival, which concludes this coming weekend: the 82 events to which tickets were sold had an averagecapacity of 91%. 43 admission-free events were additionally offered.

The Summer Festival, which this year focused on the theme of “Identity,” concludes this coming Sunday evening with a symphony concert by the Vienna Philharmonic under the direction of Daniel Harding. Earlier, at 11.00, the world premiere of NOMOZART will be given, which is the latest Young Performance production. On Saturday evening, Michael Tilson Thomas conducts the Vienna Philharmonic, with the pianist Emanuel Ax as the soloist, followed by Moritz Eggert's Late Night Show in the Interval starting at 21.15. And “artiste étoile” Patricia Kopatchinskaja will perform one more time in the Young children’s concert Das kleine Irgendwas.

On top of these promising results, the festival shares a good news: the Board of Trustees of Lucerne Festival and Executive and Artistic Director Michael Haefliger announce that Michael Haefliger’s contract will be extended by another five years, until the end of 2025. Since 1999, the Swiss cultural manager has steadily developed the Festival, expanding it into one of the leading music festivals in the field of classical music. 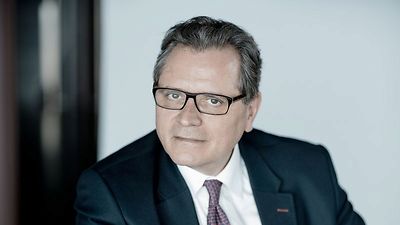