Extract of a press release from Ljubljana Festival, September 2017

Slovenian President Borut Pahor has conferred the Silver Order of Merit on Maestro Valery Gergiev. A world-renowned conductor, Maestro Gergiev receives this honour in recognition of his enrichment of Slovenia's cultural life with supreme musical achievements.

The Mariinsky Theatre Orchestra of St Petersburg made its first appearance in Slovenia back in 1997 with a concert performance of Tchaikovsky's opera Eugene Onegin conducted by Valery Gergiev. This has been followed by almost annual appearances of the Ljubljana Festival. Particularly noteworthy is the Ljubljana performance of Mahler's Eighth Symphony, the largest performance anywhere in the world to date in terms of the number of performers. We are honoured by the Maestro's almost annual visits and the fact that, despite his busy schedule, he is able to find the time to raise the level of one of the oldest and most important festivals in Slovenia and the wider region.

Valery Gergiev is one of the most important conductors working today. Time magazine named him one of the hundred most influential people in the world. Of Ossetian descent, Gergiev was born in Moscow in 1953 and grew up in the Caucasus, where he began his musical education and was recognised as a remarkably gifted child. He continued his education at the conservatory of music in what was then Leningrad and in 1976, while still a student, won the Herbert von Karajan Conducting Competition in Berlin. Following this competition he was offered a post as assistant conductor at the Kirov Theatre (today the Mariinsky Theatre), where he made his conducting debut in 1978 with a performance of Prokofiev's opera War and Peace. He was chief conductor of the Armenian National Philharmonic Orchestra from 1981 to 1985. His meteoric rise continued and in 1988, at the age of just 35, he was appointed artistic director of the Kirov Theatre, becoming overall director of the company – by now renamed the Mariinsky Theatre – in 1996. Under Gergiev's leadership the Mariinsky began the tradition of marking the anniversaries of various composers. He also began to revive Wagner's operas. He conducted the first complete cycle of The Ring of the Nibelung to be staged in Russia in almost a century – the first time the works were performed in the original German. His successes are not limited by national borders and he is extremely active elsewhere around the world. 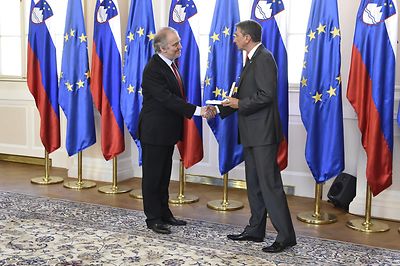