Around 40 young festival directors from all over the world are about to take part in the Atelier for Young Festival and Cultural Managers in Shanghai. For them, it is the opportunity to exchange with experienced presenters. One of them is Catherine Wang: President of the Centre for China Shanghai international Arts Festival.

Catherine J. Wang has been engaged in international cultural exchange activities throughout her 15-year career. From 2007 to 2010, she was the Director of the Forum Affairs Department of Shanghai World Expo Coordination Bureau. As the leader of the Expo forums, she was responsible for planning and organizing over one hundred summit, theme and public forums. These forums attracted Chinese and global political leaders, various countries’ city mayors and top-level scholars, including dozens of Nobel Prize winners, as well as entrepreneurs and senior media representatives.

Prior to the Expo, Ms. Wang was specialized in international exchange in the fields of culture, radio, film and TV. From 1999 to 2011, she served as the Deputy Director of Foreign Affairs Department of Shanghai Bureau of Radio, Film and Television and the Director of International Relations Department of Shanghai Media and Entertainment Group (SMEG), respectively. During that period, she took an important role in organizing the Shanghai TV Festival for 10 years, and the Shanghai International Film Festival for 12 years. 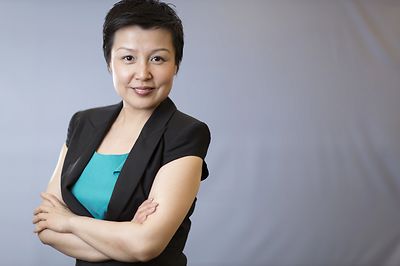