Lin Hongming: Professor and Dean of the Art Management Department of Shanghai Conservatory of Music

Around 40 young festival directors from all over the world are about to take part in the Atelier for Young Festival and Cultural Managers in Shanghai. For them, it is the opportunity to exchange with experienced presenters. One of them is Lin Hongming, professor and dean of the Art Management Department of Shanghai Conservatory of Music, and Guest Professor of the Central Academy of Drama in China.

Apart from Mr. Lin’s role of being professor and the dean of the Art Management Department of Shanghai Conservatory of Music, he is also Guest Professor of the Central Academy of Drama in China, the professional judge of Wenhua Award conferred by the Ministry of Culture of China as well as the Associate Board of Federation for Asian Cultural Promotion (FACP).

Mr. Lin has profound experience in directing original Chinese Operas and has been rewarded with numerous prizes, represented by first prize of the 10th Wenhua Awards. Shanghai also won the first great prize in China Arts Festival under Mr. Lin’s lead. Apart from those prizes, Mr. Lin has also played multiple roles such as the General Director, the Executive Producer and the General Coordinator in more than 10 original operas, classical operas and dance pieces and has successfully increased the revenue of Shanghai Opera House to top 2 national wide.

Moreover, his plan of a ‘performance season’ throughout the year for the Shanghai Oriental Art Centre is the first attempt of its kind among Asian theatres, bringing the art centre onto the world top stage and breaking records in managing China’s theatre with legendary box office return of 7 million RMB by only 2 shows. In 2016, Shanghai Oriental Art Centre was elected as one of the top ten cultural companies in Shanghai due to its outstanding revenue, the number of shows and the size of audience. Mr. Lin was also selected as the “Top 10 Theatre Manager” by international media in 2016. 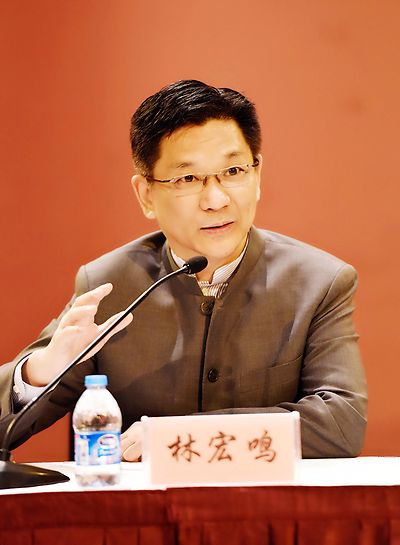