22 young festival directors from all over the world are about to take part in the Atelier for Young Festival Managers in Merano, Italy. For them, it is the opportunity to exchange with experienced presenters. One of them is Marta Keil, Curator, Dramaturg and researcher in Poland.

Marta Keil is a performing arts curator, dramaturg and researcher based in Warsaw. Between 2013 and 2017, together with Grzegorz Reske, she curated the international performing arts festival Theatre Confrontations in Lublin, Poland. She was the program curator for the Teatr Polski in Bydgoszcz (2014-2015) and the co-author of the new format of the Festival of New Dramaturgies in Bydgoszcz (2015). One of the initiators and curators of the Identity.Move! project. Initiated and curates the East European Performing Arts Platform (EEPAP). As a curator and dramaturg, she has cooperated with artists such as Agnieszka Jakimiak, Rabih Mroué, Agata Siniarska, and Ana Vujanović. Between 2008 and 2012 she worked as performing arts curator in the Adam Mickiewicz Institute and cooperated with the Zbigniew Raszewski Theater Institute in Warsaw, where she has been running the Dramaturgical Forum (2008-2010) — a first international educational platform in Poland to introduce the profession of dramaturg in the contemporary performing arts field. Editor of the book Reclaiming the Obvious. On the Institution of the Festival (2017) and Dance, Process, Artistic Research. Contemporary Dance in the Political, Economic and Social Context of “Former East” of Europe (2015). A PhD student at the Polish Academy of Science's Institute of Art. 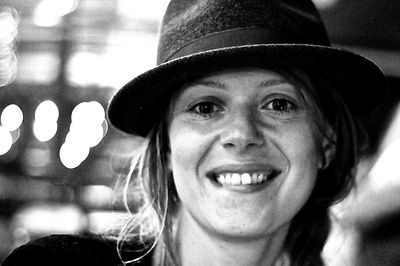