Ljubljana Festival  is the oldest, largest and most important festival in Slovenia. Since 1953 it has been a highly popular part of the summer holidays for residents and tourists. With its colourful cosmopolitan spirit and carefully selected programme of outstanding performers, driven by excellence, creative energy and a desire to provide audiences with the best possible performance experience, this almost 3-month festival contributes a great deal to the life and energy of this vibrant capital.

After last year's successful concerts, Ljubljana's forthcoming Winter Festival, from 10 to 14 February 2018, promises an even bigger selection of world-renowned musicians. The Winter Festival will take place in the Union Hall of Ljubljana's Grand Hotel Union. Built in the style of the Vienna Secession, the Union Hall is still a very highly regarded concert venue today.

British violinist Nigel Kennedy will appear at the Winter Festival with a programme consisting of Bach, one of his own compositions, and the hit songs of George and Ira Gershwin on the 10th of February, 7.00 pm.

The New Swing Quartet. After having appeared at numerous festivals and at joint concerts with other artists and celebrating 50 years of activity this year, will appear on February 12th, 7.00 pm.

The Winter Festival's evening of operatic arias (14 February, 7.00 pm) will features one of the world's leading tenors Ramón Vargas who regularly performs at major opera venues such as Milan's La Scala, London's Royal Opera House, the Vienna State Opera and the Opéra-Bastille in Paris. He will be joined by the soprano Elvira Hasanagić, who since the very start of her professional singing career has been hailed by critics and audiences alike as one of the most promising new voices on the opera scene. The soloists will perform a selection of the most beautiful arias by Mozart, Donizetti, Puccini, Tchaikovsky, Cilea, Verdi and Rossini, accompanied by the RTV Slovenia Symphony Orchestra under the baton of Argentine conductor Facundo Agudin.

Thank you for taking the time to discover the Ljubljana Festival programme.
We hope you will enjoy it!

Check out the full press release here with details about the performances and musicians. 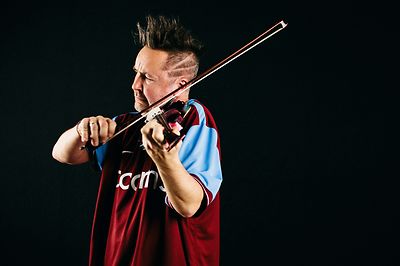