Up to 25 young festival directors from all over the world are about to take part in the Atelier for Young Festival Managers in Johannesburg, South Africa. For them, it is the opportunity to exchange with experienced presenters. One of them is Mantse Aryeequaye, Co-Director at Accra [Dot] Alt, Director and founder the Chale Wote Street Art Festival, Ghana.

ACCRA [DOT] ALT began in October 2010 as an idea for an alternative Ghanaian music concert and has expanded over the last 8 years into a year-round cultural outlet and became a launch pad for African alternative music, video and art. They develop fresh content – photography projects, short films, music videos, merchandise, and commercial advertising and create original programming – music events, art shows, film screenings, live concerts, roundtables, workshops, tours, and festivals – in the heart of Accra. A rapidly expanding crew of artists, writers, designers and other creative professionals are connected to ACCRA [DOT] ALT to produce their work.

Chale Wote Street Art Festival is considered Ghana’s most revolutionary art festival, attracting artists from all over the world. The Chale Wote Street Art Festival, independent of state control and a non-profit festival free to the public, drew over 20,000 people to Accra’s fishing colonial settlement during its most recent edition, with more than 200 local and international visual artists, poets, film-makers, vendors, photographers, musicians, and performance artists participating.

Mantse is a creative brain and contributor to the arts investing substantially into it at different levels of the new found global attention and focus on the Ghanaian arts space. 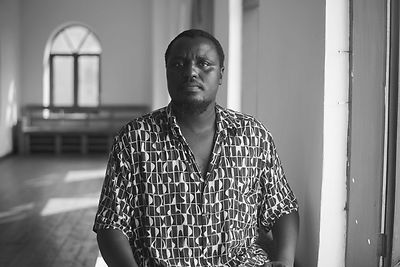