Veerle Simoens is the new director of the Ghent Flanders Festival

After eighteen lively years, Barbara Stevens—Business Manager since 2016 and previously Marketing and PR Manager—is stepping down to take a new direction in her career. Veerle Simoens, who was formerly at her side as Artistic Director, is taking over the business management, thereby becoming General Director. She has already been at the artistic helm for three years, adding three impressive festivals —Roots, Heroes and Flash Forward— to her growing list of accomplishments. In addition, considering her long career as a cellist and her experience as the Business Manager of Casco Phil, the Ghent Festival is clearly in good hands.

As the Artistic Director, Veerle Simoens made some discerning choices in which the balance between tradition and renewal have played an important part. When it comes to the business side, she foresees a similar mission: ‘The Ghent Festival is a loyal and high-quality partner in its cooperation with audiences, the business world and the authorities. We have to foster and deepen these partnerships. At the same time, many challenges lie ahead, in a world where measurability is becoming increasingly important. We owe the fact that the festival is where it is after 60 years to the leaders who preceded me; who responded to changes; and kept their finger on the pulse. Following in their footsteps, and on a foundation of artistic content, I want to pilot the Festival towards the next 60 years.’

Jan Briers, Provincial Governor and Chairman of the Board of the Festival:‘For Ghent Festival of Flanders, Veerle Simoens is an asset as someone who is at home in three areas and who responds to the constant challenges of an international festival: she is a future-oriented artistic programmer, a real people manager both inside and outside the organisation, and has the required business-like common sense.’

‘The main feeling is one of gratitude: for the many opportunities and the possibility of personal growth. The unforgettable concert experiences and unique events we have organised in the finest city in the country are also etched into my memory. But above all there is the warm and productive collaboration with my colleagues, our sponsors and all the artistic partners.’ This is how Barbara Stevens summarises her 18 years at Ghent Festival of Flanders. Over the years she has succeeded in nurturing close partnerships and making the Ghent Festival known to a broader audience. She is now leaving the cultural sector for the world of interiors, where she will be combining aesthetics and business as Sales Director for Buro Project. The management and Board of Directors thank Barbara for her boundless dedication and wish her every success in her further career.

Veerle Simoens studied the cello at the Antwerp Conservatoire and the Folkwang Musikhochschule in Essen. For some time she taught talented youngsters, then launched a career as a soloist and was much in demand as a cellist in orchestras and other ensembles. She recorded numerous CDs and collaborated with such composers as Jef Neve, Wim Henderickx and Frédéric Devreese. As a chamber music musician with the acclaimed Simoens Trio she studied at the European Chamber Music Academy in Hanover and performed concerts all over the world.

As from 2010, Veerle Simoens took over the business reins at the Casco Phil orchestra, which, together with Benjamin Haemhouts, its Artistic Director, she guided through a spectacular metamorphosis. Since then, Casco Phil has become known for its refreshing and flexible approach in a constantly changing world both within the arts and beyond.

In 2015 Veerle Simoens became the Artistic Programmer at the Ghent Festival, and in 2016 became its Artistic Director. As from March 2018 she is combining business and artistic management as the new Director of the Ghent Festival of Flanders and the 27 partner boroughs. 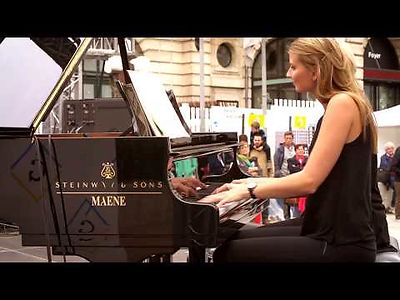