This February, Dora Ruždjak Podolski presented her first programme for the 69th Dubrovnik Summer Festival, which will take place from 10 July to 25 August at around 20 venues in the Old City of Dubrovnik. Dora Ruždjak Podolski was appointed last August, by Nina Obuljen Koržinek, Minister of Culture of the Republic of Croatia, as the Dubrovnik Summer Festival’s new Artistic Director.

“Our mission includes the mobility and communicativeness of ideas, the attracting of new audiences, the promotion of young generations of artists, the networking of Croatian and European artists, and the exploring of new site specific quality accentuating the affirmation of interdisciplinary and educational programmes. I fully believe in teamwork, my three assistants - Saša Božić, Tomislav Fačini and Karolina Rugle - and this public cultural institution. Sharing the same festival vision, we move towards the same goal, promoting Croatia's highest artistic values, insisting on international recognisability, and being competitive within modern trends. However, not at the expense of the exclusive programme which has been created in Dubrovnik for 69 years.” - Dora Ruždjak Podolski, elaborating on the programme.

The highlights of this year’s programme include the appearance of Belgian dance company Rosas with its famous production A Love Supreme and the ballet Death and the Dervish choreographed by Igor Kirov and produced by the Croatian National Theatre of Split. The Festival’s music programme features the world’s greatest artists such as Mischa Maisky who will perform with the Zagreb Philharmonic, and pianist Daniil Trifonov who will give a recital on one of the best-known music stages – the Rector's Palace Atrium.

All performances are subtitled in English.

The Festival’s official programme is available on www.dubrovnik-festival.hr.

The Dubrovnik Summer Festival was founded in 1950. Unique ambiance of indoor and open air venues of the historical City of Dubrovnik makes a perfect stage for many theater, music, opera and dance performances, that take place from July 10 to August 25.

The Festival has been a member of the European Festival Association since 1956.

Born in 1971 in Zagreb, Dora Ruždjak Podolski studied theatrical direction and radiophony. She has directed around seventy theatrical, operetta and opera projects at many Croatian theatres (in Zagreb, Split, Osijek and Rijeka), as well as in Slovenia, Bosnia and Herzegovina, Montenegro, Russia and Canada.

From 2009 to 2012, she also served as the Dubrovnik Summer Festival's Theatre Programme Director. 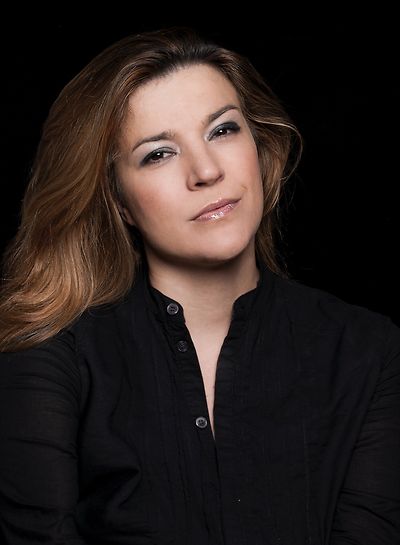