Helga Trüpel, Vice-Chair of the Culture and Education Committee in the European Parliament, spoke of the importance of supporting culture at a European level, affirming that “music in particular has the capacity to touch and move people. That’s why the European Agenda for Music is so important.”

Both Helga Trüpel and Michel Magnier emphasized that the Agenda comes at a crucial time for European cultural policy, with a new European Agenda for Culture and proposals for the future of EU funding programmes after 2020 coming out soon.

EMC President Ian Smith and EMC Secretary-General Ruth Jakobi spoke of the history and challenges of the European Agenda for Music. Stef Coninx from the Flanders Arts Institute and Chair of the EAM Steering Group turned the spotlight onto how the Agenda can be used by all members of the European music sector to institute change in their regional or national communities.

Past and present came together in two inspiring performances by cellist Benjamin Glorieux, who played with technological “assistance” to honour the European Day of Early Music and the 333rd anniversary of the birth of Johann Sebastian Bach. 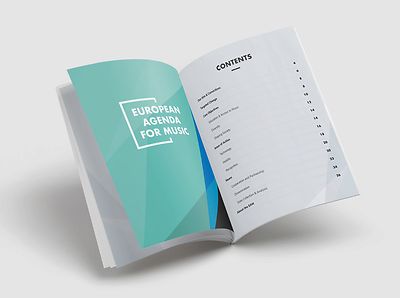