Ghent Flanders Festival 2018 is going to be a knockout! From 15 September to 6 October we will be on an intriguing musical journey, with our course set by the theme of Power (Macht, as the Dutch say). The Festival offers a varied, tempting, and surprising programme. Unadulterated classical music will be to the fore, but we will also explore the boundaries of this genre. We are joined on our groundbreaking travels by major local and international stars such as the living legend Ton Koopman, the fiery violinist Patricia Kopatchinskaja, the monumental Josse De Pauw, the rising star of the piano Jan Lisiecki, and the thrilling Antonio Andrade Flamenco Ballet. The race for tickets for this powerful 61th edition leaves the starting blocks today at 12 noon!

Explaining this year’s theme, the Festival’s Director Veerle Simoens, says: “Via music, we want to explore and analyse Power in all its aspects. How are artists manipulated in their thinking and creative work? And how are we, in turn, influenced by this in the concert hall? Let’s figure out when power becomes might; when power seduces or dazzles; when it flirts with genius or degenerates into abuse; when it causes or permits suffering, when it controls, and when it stimulates heroism. You are welcome to join us on this fascinating journey!”

We will be occupying the majestic Floraliënhal on no fewer than five occasions. With its surface area of sixteen thousand square metres, its glazed roof, and its industrial look, the Floraliënhal is the eyecatcher of this edition.

The Kopatchinskaja Lab I TUES 18 SEPT, Floraliënhal
Patricia Kopatchinskaja’s fiery violin
Enfant terrible of the violin world, Patricia Kopatchinskaja, who has been known to shed her shoes on the concert stage, aims to reach her listeners’ heads and hearts as well as their ears. She opts for surprising, original combinations—such as jazz and Baroque. An outstanding violinist, her performances are full of power and colour; seeing her at work with the renowned Camerata Bern is an adventure for both eyes and ears.

Don Carlos: Corridors of Power I TUES 25 SEPT and WED 26 SEPT, Floraliënhal
Verdi’s opera revisited
The Landesjugendorchester Nordrhein-Westfalen: the name might be a mouthful, but it belongs to a truly impressive orchestra, full of burgeoning young talent, that has played the world’s great concert halls. For Ghent Flanders Festival, they have come up with a production based on Giuseppe Verdi’s grand opera Don Carlos, featuring a host of singers and extras. Their infectious joy in performing will thoroughly immerse you in this tale of love, politics, and power!

Big Names in the Cathedral

Classical music in its purest form just has to be heard in the magnificent setting of St Bavo’s Cathedral.

Bach, the Fifth Evangelist I MON 17 SEPT, Saint Bavo’s Cathedral
Festive opening concert, with Bach’s Hohe Messe and Ton Koopman
For this festive opening concert, Ghent can rejoice in the visit of living legend Ton Koopman, a world-renowned master of Bach’s music. With his own Amsterdam Baroque Orchestra & Choir and four eminent soloists, Ton Koopman will reveal the full depth of Bach’s Hohe Messe. The revered acoustics of the imposing Saint Bavo’s Cathedral will undoubtedly play a major role...

Concerts in our back garden

It is always a joy to spend time with our neighbours at the De Bijloke music centre, a tranquil green oasis where you can escape for a while from the bustle of the city.

Distortion, a Hymn to Liberty I THURS 20 SEPT, Muziekcentrum De Bijloke
No peace without war: Neve, Brossé, and Sioen in concert together
United we stand! As demonstrated by the well-known composer Dirk Brossé, the dynamic jazz star Jef Neve, and the captivating singer-songwriter Frederik Sioen in this unique project. Following detours to Brussels, New York and Düsseldorf, they bring to Ghent their ode to peace, Distortion, a Hymn to Liberty. It is no coincidence that they do so during Ghent’s year of peace, 100 years after the end of the Great War. The three living legends share the stage with the soprano Hanne Roos and the Belgian National Orchestra. A treat for anyone willing to try something different!

Three Greats of Romantic Music I SAT 6 OCT, Muziekcentrum De Bijloke
Closing concert: Rotterdam Philharmonic Orchestra in Schumann, Chopin, and Brahms
For this exuberant closing concert, Ghent Flanders Festival has lined up the Rotterdam Philharmonic Orchestra, one of Europe’s finest ensembles. They are joined for the occasion by the outstanding 22-year-old pianist Jan Lisiecki, a matchless interpreter of Chopin. The conductor Antonello Manacorda, moreover, can be guaranteed to do full justice to Schumann and Brahms. One final festive occasion—a must for every spirited music-lover!

Over to the kids! De Broertjes Kist (4+) I SUN 30 SEPT, Muziekcentrum De Bijloke
De Broertjes Kist is an exciting show featuring infectious percussion, acrobatics, and lots of humour, performed by Percossa from Amsterdam. They use anything and everything as instruments and play in every conceivable kind of rhythm. Teeter on the edge of your seat and let yourself be swept along from one emotion to another. Sitting still is not an option!

Over to the kids! The Soldier’s Tale (7+) I SUN 30 SEPT, Muziekcentrum De Bijloke
Music should be heard and seen, believed Igor Stravinsky, as he wrote this delightful tale set to music, for which he combined popular music such as ragtime and tango with classical. Seven soloists from CASCO Phil will bring a colourful array of instruments with them: violin, double bass, flute, bassoon, trumpet, trombone, and percussion. And a conductor, naturally. And a narrator! Kurt van Eeghem wears his theatrical hat as he brings the devil, the soldier, and the narrator to life. A splendid show for all the family!

Events in the heart of Ghent and its green spaces


OdeGand I SAT 15 SEPT, city centre
A mighty city festival
In a magical celebration of music, the city centre will host more than 60 concerts. On the idyllic banks of the Leie, along winding alleys, and in forgotten corners you will discover countless acts, throughout the day: music, dance, theatre, acrobats, and much more. Inquisitive ears will be spoiled for choice by surprising musical genres ranging from world music to the purely classical. Internationally-renowned artists will flood the city centre for concerts that are guaranteed to be top-class.

Parklife I SUN 23 SEPT, Parkbos, Ghent
Open-air music festival for young and old fun-lovers alike
Amazing sounds will fill your ears and tasty homemade fare will caress your tongue, as the first floating autumnal leaf lands on your hand and the grassy carpet beneath your feat quivers slightly to music made by kids, mighty strings, old hands, and young brass. These are the ingredients that go into making Parklife, a free open-air music festival for music-lovers young and old. In this musical Mecca, you yourself set the rhythm by making your choice of journeys through the exciting musical Parkours in the Parkbos.

Ticket sales open on Tuesday 15 May at 12 noon.
Tickets can be purchased via www.gentfestival.be/en/program or at the box office at Tickets Gent. 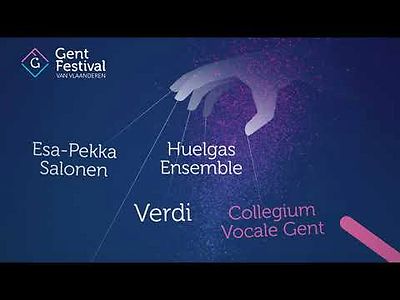