Burgundy immediately makes you think of abundance and luxury. So yes, audiences will enjoy a festival packed with exuberant music, with polyphony, opera and dance of the highest order from 24 August to 2 September.

The cradle of polyphony
The 37th edition of the Festival concentrates on the 14th and 15th centuries, the era of the Dukes of Burgundy. Thanks to their rich court culture, Franco-Flemish polyphony flourished and gained prominence throughout Europe. Hence in this Festival no great names of the 16th century – Palestrina, Lassus and De Monte – but with hitherto unloved 15th-century composers such as Grenon, Tapissier and Vide. Paul Van Nevel and his Huelgas Ensemble are devoting a complete concert marathon to an alphabet of Burgundian composers.

Jean-Philippe Rameau
Jean-Philippe Rameau, the ‘French Bach', is the most famous composer Burgundy ever produced. This Festival honours him with a world-class event: Collegium 1704 is presenting the Dutch premiere of Les Boréades. Rameau's career as an opera composer did not begin until he turned fifty. Even more remarkable is the fact that virtually nothing is known about his early life: we do know that he was an organist for many years, but not a single note of organ music from his hand has survived. This Festival therefore explores the young Rameau, with reconstructions of his organ music and of the journey he made to Italy around the age of twenty.

Curator in residence: Björn Schmelzer
As curator, the Flemish musician Björn Schmelzer is responsible for part of the Festival programming. With his ensemble Graindelavoix, he will transform the Janskerk into his garden of experimentation for five days, organizing concerts and lectures, and an exhibition around Aby Warburg's pioneering picture atlas. ‘With grain in the voice': with Björn Schmelzer and Graindelavoix you are guaranteed a contemporary vision of early music, presented with daring and panache.

Tickets
Ticket sales for the 2018 Early Music Festival start on Tuesday 1 June. More information can be found at oudemuziek.nl. 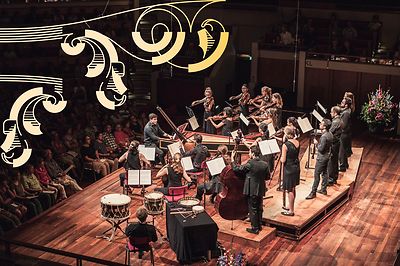