The EUBO, founded in 1985, enables young musicians from all over Europe who have recently completed their studies to acquire their first experience in a professional orchestra under the direction of eminent Baroque specialists. The success of the initiative is reflected in the number of former EUBO members who now play with the world’s leading Baroque ensembles.

Belgian violinist and conductor Sigiswald Kuijken is a pioneering figure in the field of Baroque performance practice for string players. He also rediscovered the viola da spalla, an instrument halfway between the viola and the cello.

REMA/EEMN (the European Early Music Network) is a member of EFA and now boasts more than 85 member organisations which programme early music concerts across Europe. It holds three conferences each year, enabling members to meet on a regular basis and helping foster partnerships between different organisations. The network has also established a number of other promotional activities, including the European Day of Early Music, which takes place annually on 21 March. Founded in Ambronay in 2000, REMA is now based at the Centre de Musique Baroque de Versailles. Supported by the French Ministry of Culture, the network has also received funding for the period 2017-2021 from the European Commission’s Creative Europe programme. 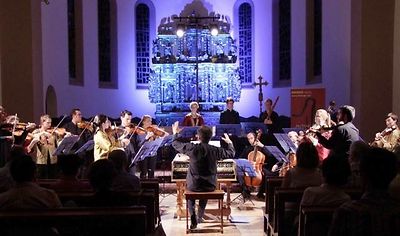