EU citizens are called to the ballot boxes to take part in European Parliamentary elections 23-26 May 2019. In the run-up to the vote, Culture Action Europe calls on political parties to recognise culture’s contribution to Europe as a necessary source of unity and a force for cooperation and mutual understanding.

Culture Action Europe (CAE) sees the 2019 European elections as a revendication of Europe’s core values and democracy in times when both are under threat. With many challenges Europe is facing, from climate change to increasing pressures on freedom of artistic and cultural expression, migration, populism, the digital transition, youth unemployment to data privacy, it has never been a more important time to propose ambitious and purposeful cultural policies at the European level that work for a strong Europe and its citizens. In this critical moment it is also vital that Europeans cast their opinions as to how they would like to be represented on Europe’s political stage.

Cultural and creative sectors advocate for the culture and Europe that is democratic, diverse, fair, free, human, inclusive and vital. Culture Action Europe campaign calls on political parties to take on board the following recommendations in their programs:

Culture is fundamental for the progress of the European Union

Political parties should explicitly recognise the fundamental role culture plays in the progress of the EU, including a clear definition of their strategic guidelines for cultural policy at EU level. Voters must know where each party stands, at a minimum, on support for culture, cultural diversity and cultural rights, freedom of artistic and cultural expression, as well as their proposals regarding welfare regimes and labour conditions for vulnerable cultural workers.

Culture has been increasingly recognised as a key strategic asset in the European legislature (Rome Declaration, Gothenburg Summit). European political groups must build upon it and commit to defend European values, in particular freedom of artistic and cultural expression, cultural rights, as well as cultural diversity as a fundamental component of European societies.

Political groups should propose candidates with cultural awareness. As a prerequisite for strong leadership, candidates must be able to assess policies from a multifaceted perspective, including social, economic and cultural considerations.

Cultural and creative sectors call on a substantial increase of the EU cultural budget. European political parties and groups should support proposals to devote at least 1% of the EU budget to culture and to double the financial allocation for culture in the Creative Europe programme. In order to be effective, the mainstreaming of culture requires prior dedicated fund allocation in all programmes.

Creation should be recognised as the origin of cultural value that inspires social and economic impact. Artistic research and experimentation are key for generating new knowledge and critical thinking, developing new approaches towards emerging technological, environmental and social challenges and in the production of contemporary culture, including digital cultures.

Multi-level coordination between the cultural sector, the European institutions, Member States, as well as local and regional authorities, and international organisations must be facilitated. Setting up a cultural intergroup in the European Parliament could support the mainstreaming of culture across policy areas, guaranteeing the equal treatment of all cultural sectors and for-profit and not-for-profit actors. This would be particularly relevant in the areas of research, skills and education, external relations, cohesion and migration, health and wellbeing, innovation, growth and jobs.

Discontinuous workers, common in the cultural sector and increasingly in the wider economy, require tailored welfare systems and employment practices. This is a prerequisite to rendering new economic models socially sustainable and minimising political disenchantment and social tensions.

Cultural mobility has an indisputably EU value and contributes to the strengthening of shared cultural understanding, market development, innovation and sustainable cultural practices. Therefore, sufficient resources to support the mobility of cultural workers and cultural works for all sectors within Europe and beyond should be allocated.

Digitisation of culture and cultural heritage should be done in a fair and ethical manner. It should take into account diversity and inclusiveness and must recognise the contribution of underrepresented groups to our shared past. Equal access to digital cultural content must be facilitated through curation and multilingualism. The role of private artificial intelligence (AI) in mediating our collective memories and shared heritage should be urgently addressed. Collaborative frameworks between public institutions, civil society and private developers must emerge to co-design AI that reflects societal and cultural objectives enabling diverse and equal societies to thrive. 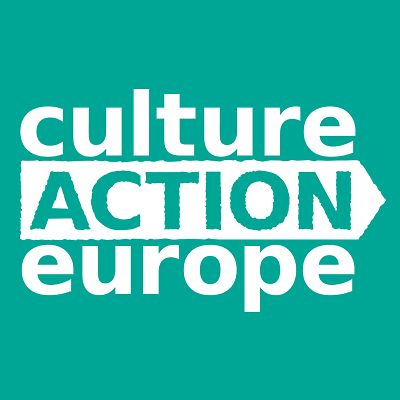