The 70th Dubrovnik Summer Festival will be held from 10 July to 25 August on around twenty site-specific locations in Dubrovnik. On Saturday 2 February the programme was announced by its artistic team.

One of the oldest and most prestigious European festivals, a member of the European Festivals Association since 1956, will present its numerous domestic and international audiences with over 80 theatre, music, ballet, film, folklore and other performances under the theme City Myths . The 70th edition of the festival will bring 47 days of arts and culture to Dubrovnik.

The programme brings together best Croatian artists and top performances by international artists, it disintegrates the mythology of the European cultural heritage, the myths of Dubrovnik and the myths of the Festival, at the same time questioning the past and the future of site-specific performance practices and nurturing the relationship between tradition and modernity. Its own production remains the backbone of its theatre programme, thus confirming the national, cultural and historical identity built by the Dubrovnik Summer Festival during its long existence, with the model of the Festival Drama Ensemble as its specific feature - Artistic Director Dora Ruždjak Podolski pointed out in her introduction.

The seventieth Dubrovnik Summer Festival opening ceremony, written and directed by the Artistic Director of the Festival Dora Ruždjak Podolski and Assistant Artistic Director for Theatre Saša Božić, will take place on Wednesday, 10 July 2019, in front of St Blaise's Church. The Hannover Niedersachs State Opera Orchestra, one of the finest European orchestras, and the Ivan Goran Kovačić Academic Choir, directed by maestro Ivan Repušić, and the Festival Drama Ensemble will perform during the opening.

Some highlights of the programme are:

The Festival collaborates with two film festivals, and the audience will enjoy exhibitions and the premiere of the documentary 70 Years of the Festival by Vedran Benić.

The Dubrovnik Summer Festival, as the centre of Croatian and global spirit and culture, a place of creation,  and not just a place of visit, a place of encounters, ideas and new artistic expressions, is traditionally supported this year by the Ministry of Culture of the Republic of Croatia, the City of Dubrovnik, the Dubrovnik-Neretva County and numerous sponsors, to help realize this most prestigious cultural event in Croatia. 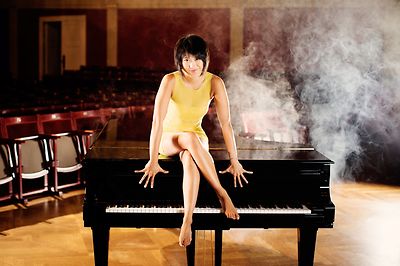