The programme for the 38th edition of the Utrecht Early Music Festival has been announced. Under the title Napoli – Music’s Forgotten Capital, the largest early music festival in the world will be exploring the musical legacy of this Italian cultural metropolis. The festival will take place between 23 August and 1 September, and will consist of 250 events – concerts, lectures and other activities – with a special focus on artists of the younger generation.

Naples
Between the 16th and the 18th century Naples was possibly the most important centre of musical innovation in Europe, boasting conservatoires which supplied the entire continent with instrumentalists, composers, castrati and other singers. Today the artistic significance of Naples is grossly underestimated, with too little attention being paid to the city’s rich musical heritage in particular. During the festival, therefore, Naples will shine in all its bright colours: from opera and large-scale music for choir and orchestra to intimate recitals. An extensive programme of lectures and discussions will also tackle the challenges facing the city today.

Co-curator Thomas Höft
Socially engaged German writer and director Thomas Höft is co-curator of the festival. In the series of discussions entitled Storie Napoletane he goes in search of stories from Naples. Höft is also involved in two staged productions: Alessandro Scarlatti’s oratorio Agar et Ismaele and Pergolesi’s mini-opera Il Ciarlatano, a colourful production with a converted Piaggio three-wheeler as the stage, which will also pop up at surprise locations in the outskirts of Utrecht.

Artists in residence: Marco Mencoboni and Giulio Prandi
Specialists in Italian early music Marco Mencoboni and Giulio Prandi are artists in residence. Mencoboni will give a singing workshop for amateurs, play keyboard music by Giovanni Maria Trabaci, and, with his ensemble Cantar Lontano, devote two concerts to vocal music by Durante and Ortiz. In collaboration with TivoliVredenburg he will also appear in the series Pieces of Tomorrow, intended for fans of pop music. During three concerts with his Coro e Orchestra Ghislieri, Giulio Prandi will explore Neapolitan Pre-classicism.

Other highlights
Jordi Savall returns to the cancionero repertoire from the early years of Hespèrion XXI. Christina Pluhar appears twice with L’Arpeggiata, performing, among other things, La Tarantella – the album which earned the ensemble its star status. In the Stadsschouwburg in Utrecht, Gli Angeli Genève presents the staged opera La Serva Padrona. Mezzo-soprano Ann Hallenberg and Stile Galante together recreate a concert of the legendary castrato Farinelli. The festival also focuses particularly on the commedia dell’arte and the traditional canzone napoletana.

The full programme can be found online at oudemuziek.nl. Regular ticket sales for the Utrecht Early Music Festival 2019 start on Saturday 1 June. 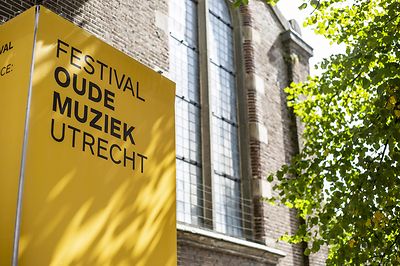