NAPLES: A PARADISE INHABITED BY DEVILS?

Utrecht Early Music Festival is a 10 day  early music festival that will take place between 23 August – 1 September 2019 in Utrecht with the theme of Naples. Inspired by Napoli’s cultural and historical richness, the festival will discover Naples' colours and contradictions from a musical perspective.

The most delicious cuisine in Italy, the most beautiful bay in Europe, a heavenly spot. But also: traffic chaos, refuse wars and organized crime. Naples is sometimes portrayed in harsh terms. Neapolitans themselves describe their city as a place of a thousand contradictions, and as a beautiful woman with dirty feet. The very least that can be said of Naples is that life is lived passionately there, in bright colours and with intense emotions.

Centuries of oppression by Greeks, Romans, the French House of Anjou and Spanish Aragón turned Naples into a city of survivors and cosmopolitans. Naples was also one of the largest cities in Europe. In the 19th century Stend-hal wrote that Europe had only two genuine capital cities: Paris and Naples.

During this festival Naples will shine in all its colours, but the city’s challenges will also be addressed. How do you build a future on paving stones more than twentyfive centuries old? How can Neapolitans reconcile pagan devotion with a contrary desire for innovation? How do you learn to dance in the shadow of a volcano? In Naples you are confronted with the paradox of life.

1266, when Naples came under Angevin rule, saw the start of a cultural boom. Between the 15th and 18th centuries the city grew to become one of Europe’s most important centres of music. Naples proved to have a remarkably favourable climate for artistic innovation. The city was way ahead of its time.

The musical landscape was extraordinarily diverse thanks to the presence of the royal or viceroyal court, the practice of music in churches, fraternities and charitable institutions, financial support from well-to-do citizens and the popularity of song and dance in public life. Neapolitan – not a dialect but a real language – fed not only the traditional canzoni but also the commedia dell’arte and opera buffa, which made Naples the centre of musical drama.

Brilliant polyphonists such as Agricola and De Macque, Baroque greats including Scarlatti and Provencale, and pre-classical masters like Pergolesi and Jommelli: Naples challenges and inspires, all the way to O sole mio and Funiculi funicula. 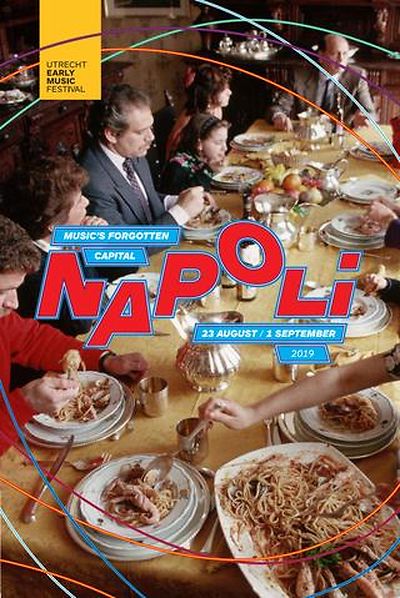