Saodat Ismailova is confirmed laudator in honour of Dieter Kosslick (Former Director Berlinale) at the upcoming EFFE Awards Salon on 26 September in BOZAR. Dieter Kosslick will receive one of the Lifetime Achievement Awards, next to Frie Leysen, founder of the Kunstenfestivaldesarts in Brussels.

Saodat Ismailova is one of the most internationally visible and accomplished representatives of a new generation of artists from Central Asia who came of age in the post-Soviet era and have established cosmopolitan artistic lives while remaining deeply engaged with their native region as a source of creative inspiration. Her debut feature film 40 Days of Silence, a poignant depiction of four generations of Tajik women living in the complete absence of men, was nominated for best debut film at the 2014 Berlin International Film Festival, and thereafter was screened in more than two dozen prestigious festivals around the world. Coincidence or not, her last film was presented at the 2019 Kunstenfestivaldesarts in BOZAR.

Beki Probst will be Dieter Kosslick’s conversation partner at the EFFE Salon Conversations. Beki Probst founded the European Film Market of the Berlinale in 1988, developing it into one of the most significant industry hubs in the international film business. She was its Director and later President until 2018.

Other confirmed speakers are the artists Romeo Castellucci and Rabih Mroué.

Next to the lifetime achievement awards, 24 festivals that are in the running for the EFFE Awards will be put in the spotlight. The EFFE Laureates represent a great variety of festivals from all over Europe that have signed up for the Awards. For the first time, also EFFE’s Audience Choice is given to one of the 24 EFFE Laureates. 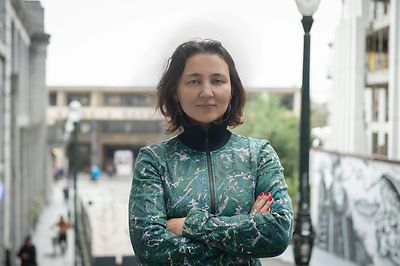