Culturescapes is one of those portmanteau words that on the surface seems like just a clever label but turns out to encapsulate what it describes accurately. In this case this established Swiss festival treats cultures as if they were landscapes, viewing them from a distance but also examining them in detail. Each year an external country or city is picked and examined through a full range of artistic lenses. Artistic Director Jurriaan Cooiman explains how he has approached the task of depicting Poland through theatre, food and debate – as well as the usual arts genres.

He uses the first evening of the festival to illustrate his approach. For the 2019 edition he is investing a lot of energy in making the opening event a concentrated and critical introduction. This will not be the average evening of diplomatic niceties, congratulatory speeches, warm white wine and bits of cheese on sticks. It will start with perfume.

Cooiman has set the performance artist Wojtek Ziemilski working on the theme and the result has been a special 'fragrance' called Essence of Poland, a limited edition of 101 full-size bottles marking the 101 years since Polish independence from Russia. Each guest at the festival opening will get one of the 1000 miniature sample sizes. How the country smells may well challenge the noses to find a definition. 'I trust him,' says Cooiman, 'to combine irony and dedication'.

Ziemilski is fed up with people being against things all the time. He wants us to find out what we are in favour of, to be open-minded. He is an artist who is not in love with the art of theatre but with society. I first saw a show of his called One Gesture, in which he worked with deaf colleagues on languages and learned that to understand each other you have to commit to being open – to take a step. I found myself asking, how could I express myself? He transports us, widens our senses.'

In Basel Ziemilski will follow the olefactory greeting with a narration, talking about the transition of politics in Poland over three generations, and how he feels as a contemporary artist about the members of his family who worked in the past for the Communist government's secret police, as well as trying to answer the question 'where do I stand now?'.

In part two of the event, Cooiman has asked the 'food curator and culinary journalist', Monica Kucia, to look again at food in Poland 'not from a point of view of making dishes regarded as nationalistic  but as an inclusive recreation of what people in the nation actually eat. This is about the food you don't see in the restaurants or the specialist shops.' There will be installations at eight stations around the theatre, where the hidden food of Poland will be found; it might be (but might not) the food of old villages, Ukrainians, kebab cultures, Vietnamese immigrants, the homeless.

The third part will be even more controversial. On the main stage will be the Chorus of Women conducted by Marta Gornicka from the audience in a Hymn to Love. This will be a choir that in movement and words expresses the cruelty of current political discourse. They take the slogans, sentences and rhetoric of Poland's right-wing parties 'and throw them at the audience, asking is this what you really want?' Cooiman points out that 25% of the festival budget is being provided by Poland itself. 'It will be delicate', he says. 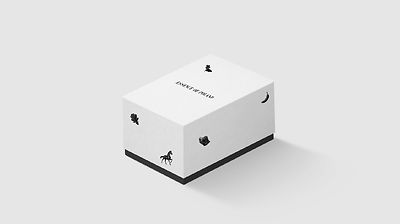