From 26 July to 10 September 2020, the Emilia Romagna Festival celebrates 20 years of existence by promoting 36 music events as part of its 20th edition. The concerts will take place in the Italian provinces of Bologna, Ferrara, Forlì-Cesena and Ravenna and will bring a rich mixture of genres: from classic to contemporary music, from jazz to lyric singing.

The opening concert will include two tributes to immense music composers - Ennio Morricone and Ezio Bosso - performed by two outstanding artists, Massimo Mercelli, the Artistic Director and Founder of the Emilia Romagna Festival, and Darko Brlek, the General and Artistic Director of the Ljubljana Festival, both Honorary Members of EFA. Some of the Italian artists that will perform in this year’s edition are Cristina Zavalloni (28 August) and the Filarmonica Arturo Toscanini, which will play on the last day of the programme (10 September) together with the mezzosoprano Daniela Pini, under Maestro Francesco Lanzillotta’s guidance. The audience will also be able to attend concerts by international artists like French accordionist and internationally claimed Richard Galliano (who receives a prize on 1st August and performs on the 2nd), Slovenian harpist Mojca Zlobko Vajgl (on 31st July) and Iranian pianist Ramin Bahrami (on 10 and 27 August). The complete programme of the festival can be seen here.

The opening concert, by the Solisti Veneti and Massimo Mercelli, could also be followed additionally via livestream. Other events have also the intention to bring together music, theatre, visual arts, literature and cinema, by including repertoires with compositions by film director Federico Fellini, writer Tonino Guerra and visual artist Claudia Losi.

Other than the festival’s resident orchestra, La Toscanini, the event also evidences the opportunity for young musicians to participate by including La Toscanini Next (comprised of musicians under the age of 35) and the Young Musicians European Orchestra in the programme.

The Emilia Romagna Festival (ERF) is an association that promotes culture in the Emilia Romagna region of Italy through producing music events and its festival and globally cooperating with artists and institutions, reaching audiences of around 10.000 people. The festival is a member of EFA since 1999.

Get to know the Emilia Romagna Festival better by visiting its website and discover the special 20 years programme now. Don't forget to reserve your tickets in advance, especially this year! 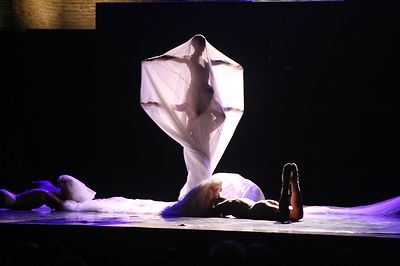