On the threshold of its 30 years - an anniversary that will be celebrated in 2021 - Mittelfest has undertaken a process of development, from its initial and inalienable vocation as a stage for cultural dialogue in Central Europe to an agent, even an economic agent - in the noble sense of the word - that engages Eastern and Western theatre and cultures in a year-long dialogue with the local territory, Cividale del Friuli and the Valleys of Torre and Natisone.

A time extension of the action and a new role as a cultural platform for Mittelfest in the near future.

Mittelfest aims at a renewed vision to infuse new energy to the event and, thus, revive interest in the festival, in Cividale del Friuli and its surrounding, thanks to the joint effort of Mittelfest members - Friuli Venezia Giulia Autonomous Region, Municipality of Cividale, CiviBank, ERT FVG - and of Fondazione Friuli, and with the support of the Ministry of Culture and Tourism.

"A vision - as Mittelfest President, Roberto Corciulo, explained - that shall involve the city of Cividale, its surroundings and the whole Friuli Venezia Giulia region completely and continuously; that shall entrust them with a special and exclusive mission that drives also non-cultural entities to work for a single goal. Mittelfest will act as a catalyst for those joint efforts.

Thanks to Mittelfest, Cividale del Friuli shall "become Mittelfest", that is "a new imaginary territory, - Corciulo added - a workshop of ideas and exchanges, of dialogue and culture in Central Europe: an international showcase of experiences and offers that may be watched, enjoyed, acquired throughout the year".

In this new vision, SYNERGIES will be pivotal.

International, national and regional collaborative networks will be crucial to this project. In the last few months Mittelfest has entered into over 30 new collaboration agreements, it strengthened existing international partnerships, it launched the "Cividale system" with the Municipality of Cividale and Fondazione De Claricini Dornpacher, it started a close collaboration with important cultural stakeholders of Friuli Venezia Giulia Region and with FVG Orchestra.

In this huge effort, the consideration and support of Friuli Venezia Giulia Region is fundamental, in particular in the continuous dialogue with the regional Department of Culture and its Councillor, Tiziana Gibelli.

Therefore, starting from 2021 and for the next three years, Mittelfest will continue its mission as an international multidisciplinary Festival (theatre, music, dance, puppets) where Italy, Central Europe and the Balkans meet. With this in mind, an intense programme of live performances is confirmed, with digressions in visual and digital arts, and the participation of leading European and Italian artists, from 27 August to 5 September 2021.  A new time frame for the Festival, in the context of an expansion of its activities throughout the year.

At the same time, Mittelfest purpose is to strengthen its relationship with the local territory, bringing together the festival constitutive tension towards foreign countries with a close dialogue with Cividale del Friuli and its surroundings, in particular the Valleys of Natisone and Torre.  Specifically, two new guidelines are in the pipeline for 2021: MittelYoung and MittelfestLand

Mittelfest new vision will also be conveyed by a new communication strategy, in particular by the recovery of its historic logo designed by Ferruccio Montanari, in view of the 30th anniversary. A closer and direct dialogue with Central Europe and the Balkans, where Mittelfest activity focuses on, will entail also a new website in four languages: Italian, English, Slovenian and German.

"It is a mobile word - he explained - that, on the one hand, makes us think about the relationship between the past and the future, but being in the present, and, on the other hand, it adapts to suit the individual (anyone, willing or not, is an heir or an heiress, and the Italian term applies to both masculine and feminine). One is an heir or an heiress not only for the traces that have been settled on each of us by people and customs over time and space, but especially when one chooses what to do with this individual heritage in the present.

Thus, being an heir or an heiress has different as much as intertwined meanings. One is an heir or an heiress of material goods as well as of a cultural heritage, therefore, both intellectually and physically... This heir/heiress condition - he added - concerns us at all times: when wondering about its meaning, one tries to find one's way in everyday life; it is a way to give meaning to actions. We are repositories of something that we have received and that we are still receiving, but what shall we do with this heritage? What choices shall we make? To disown or to pass on? To get better or worse? To take something new or to give up? What freedoms and responsibilities lie within our scope? According to Pedini, these are the questions and the fascinations that in 2021 will lead the work of Mittelfest, which is called to measure with several anniversaries, each providing food for thought on our heterogeneous heritage. Hence, wondering about one's heritage is the starting point to speak about the present. And 2021 is a time full of reverberations: from the most recent one - and unfortunately still in progress - of a pandemic that has changed our habits and forecasting skills, to the 700th anniversary of Dante's death, as well as Cividale del Friuli 10th anniversary as a UNESCO World Heritage Site as part of Italia langobardorum (Longobard Italy). Moreover, in particular indeed, 2021 marks the 30th anniversary of the formidable intuition of the international and multidisciplinary festival between East and West that is Mittelfest”.

In 2021 MittelYoung will take a new form and start with a four-day event, from 24 to 27 June. Conceived as an opportunity to give voice to young Central European creativity (under 30) in live entertainment, with a parallel focus on visual arts, MittelYoung will result in a programme of shows by Under-30s from Central Europe, including Italy and the Balkans. A European call for proposals is due by the end of the winter to select such projects. Proposals will be selected by the Artistic Direction together with a group of under-30 curators, a visionary group from the local territory, in cooperation with a few training institutions. After MittelYoung event at the end of June, the group of curators together with the Artistic Direction will further select up to a maximum of three shows (one for theatre, one for music and one for dance) to be held during Mittelfest from 27 August to 5 September.

Thanks to a strategic collaboration with regional artistic and cultural institutions, MittelfestLand will build a programme of live events that are to be scheduled in July and the first half of August. In the perspective of cultural tourism and co-programming, an artistic and emotional geography will lead through the Valleys of Natisone and Torre, Cividale del Friuli and Villa de Claricini Dornpacher. This programme will benefit from a dialogue with cultural and artistic institutions, as well as with food-and-wine producers.

Finally, two works in progress will map Mittelfest 30th anniversary and keep fragments of memories afloat, as proposals for the future: a book and an exhibition.

Therefore, from 27 August to 5 September in Cividale del Friuli, Mittelfest will be the climax of a longer journey to celebrate the cultural value of this historic event in its 30th anniversary, that is recognized as a multidisciplinary festival by the Ministry of Culture and Tourism as well as by its sound and long-standing membership to national professional associations, ItaliaFestival, and international ones, European Festivals Association (EFA). In this regard, three important events are scheduled during the Festival, two in Cividale - an EFA Board meeting and a round table on the emerging hub project for Mediterranean festivals - and one in Pordenone, in collaboration with the International Sacred Music Festival: ItaliaFestival General Assembly. 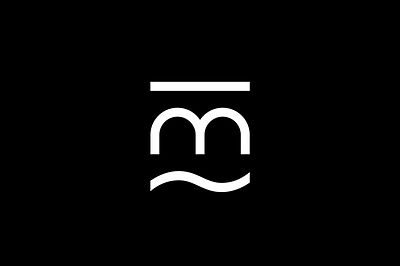