Festivals and cities are Siamese twins. There is a great potential to unlock on a local level through more collaborations between festivals and their cities, regions, villages, towns, islands, quartiers...

To understand better the links between them, we have worked on the survey on Festivals & Cities, Regions to enhance alliances across Europe and design new models of strategic co-operation with the administrations as well as new business models with tourism.

Among the 178 evaluable responses sent by festival organisers from 37 countries, participants explored the various facets of their relationships to the communities that give space to their programmes and expose the added value that both parts, festivals and their settings, gain from their relationship.

>> Download the report on the survey on Festivals & Cities, Regions <<

The survey shows that certain traits in the circumstances in which festivals collaborate with their environments are relatively similar if not exactly the same, regardless of country or the character of the event. Here are the main take-outs:

The survey also contributes to the definition of priorities and providing guidance in the quest for best co-operation protocols between cities or regions and their festivals. To do so, festivals were asked to prioritise their expectations and motivations and the ones they presumed for their local authorities.

The survey on Festivals & Cities, Regions was carried out by the European Festivals Association in the framework of FestivalFinder.eu (a)Live Now. The data was analysed by the Budapest Observatory of Summa Artium.

FestivalFinder.eu (a)Live Now is a project implemented by the European Festivals Association in partnership with the City of Bergen, Italiafestival, Summa Artium, EURACTIV Media Network and publiq, and co-funded by the Creative Europe programme of the European Union. 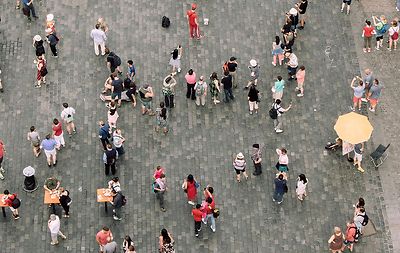