The Moscow & Sochi Conversations are taking place this February 2021. These Conversations organised by the European Festivals Association are about bringing together festival managers and producers from a specific city or region and involve them into an open dialogue with international festival directors and artists for a couple of days.

The first one to happen were the Moscow Conversations from 2-4 February. Tamar Brüggemann (Wonderfeel Festival) was one of the four international festival managers and producers to contribute alongside Haris Pašović (Sarajevofest Art and Politics), Jorge Andraden (Mala Voadora), and Patrick De Clerck (Consultant on music, communication & audience), and supervised by Dmitry Grinchenko (Russian Concert Agency) and Kathrin Deventer (European Festivals Association).

These 3-day exchanges of festival makers was hosted by the 'Yuri Bashmet Winter International Arts Festival'. Delegates had the chance to work around a series of presentations and examples of festivals, that were enriched by conversations with a group of important stakeholders from the city, including:

It is followed by the Sochi Conversations that are hosted by the Winter International Arts Festival in Sochi (WIAFS) this 20 and 21 February. 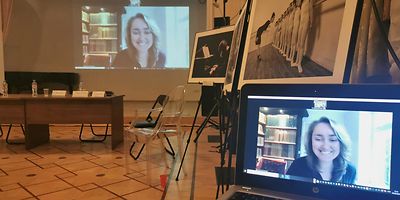