A call open until 31 March
For Theatre, Dance and Music projects
of UNDER-30 artists, companies and collectives
from Central Europe and the Balkans
9 projects for MittelYoung (24-27 June)
the 3 best projects for Mittefest (27 August-5 September)

Born from the enthusiasm of the fall of the Iron Curtain, in its first thirty years Mittelfest has transformed Cividale del Friuli into an outpost where Western and Eastern Europe meet. Every summer Mittelfest gives life to a fascinating and important secular rite in the form of theatre, music and dance, by gathering artists and audiences from the central countries of the Old Continent, the same countries that were divided into two blocks during the second half of the 20th century.

But what does Mitteleurope mean nowadays? How can we imagine it in our present and in the next future?

It is in the wake of these questions and the aim to pursue their answers that MittelYoung originates; a window - from 24 to 27 June 2021 - entirely dedicated to theatre, music and dance performances by under-30 Italian, Central European and Balkan artists. With MittelYoung, Mittelfest intends to bring out the visions of a generation who is totally immersed in a new and open century. For this reason, some performances of the end of June event will be selected to be rescheduled during Mittelfest 2021 Eredi (heirs/heiresses) from 27 August to 5 September.

Therefore, the applications submitted with this open call will be examined by a group of under-30 curators appointed by Mittelfest in cooperation with a few training institutions of Friuli Venezia Giulia region.

Among the applications submitted, under the coordination of Mittelfest artistic direction, the group of curators will select 9 projects (3 theatre, 3 music, 3 dance) to be showcased from 24 and 27 June 2021 in Cividale del Friuli.

Afterwards, the same group of curators together with the artistic direction will further select up to 3 projects among those 9 (1 theatre, 1 music, 1 dance) to be re-scheduled during Mittelfest Eredi (heirs/heiresses) from 27 August to 5 September.

>>> Download the technical sheet and the photos of the Mittelyoung spaces <<<

More info and FAQ on: www.mittelfest.org 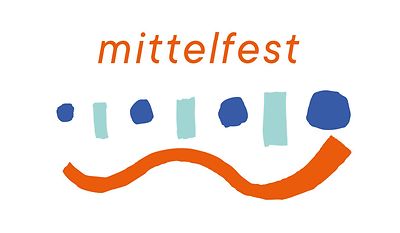