March 2021 is a special time. It is the 25th jubilee edition of the Ludwig van Beethoven Easter Festival and we will also commemorate the great Polish composer Krzysztof Penderecki. Leading cultural institutions, international artists, close friends of Maestro and Madame Penderecki, Management’s artists and all the staff from the Beethoven Association would like to pay tribute to this remarkable composer, conductor and a great man.

The Ludwig van Beethoven Easter Festival taking place in Warsaw with the motto: “Beethoven and Penderecki. The Sphere of Sacrum” will be held between 20 March and 2 April 2021. Three pianists: Lucas Krupinski, Aleksandra Świgut and Andrzej Wiercinski, represented by the Ludwig van Beethoven Association and Madam Elżbieta Penderecka, will perform during the Festival with a special dedication for late Professor Krzysztof Penderecki.

Thanks to the initiative of the Polish Cultural Institute in New York, the Ludwig van Beethoven Association has created a special project “Penderecki in memoriam” throughout Spring 2021, in partnership with DUX Records, Naxos of America, Schott Music publishers, and Crossover Media.

Leading up to and beyond 29 March 2021, marking the one-year anniversary of Penderecki’s death, the “Penderecki in memoriam” project will celebrate Penderecki’s life and legacy across an array of worldwide media outlets. Highlights include:

The concerts on 21 March and 1 April, as well as the concert of the Penderecki Trio on 26 March, are all part of the project called “Penderecki in Memoriam” presented by the Polish Cultural Institute New York. 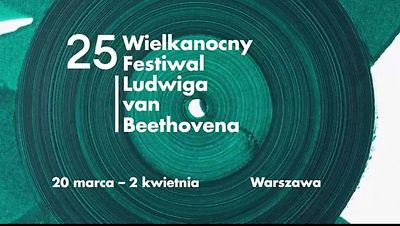