Since their widely recognised success in the 1960s led by events such as Woodstock and Monterey, music festivals have kept a stable relevance in the lives of Western societies, particularly among younger people. Festivals are  places in which audiences can experiment and discover their own identities. In its turn, this exercise of identity creation within festivals is suggested to not only happen at a personal level, but also at collective and social ones.

To provide answers, a mixed method was used, with a survey and in-depth interviews. The results of the survey were analysed in their integrity and by comparing the general results to two conceived profiles: "Pro-Europe" and "Frequent festival goer".

The main findings of this paper indicate that festivals are a social experience for the majority of the participants, although a feeling of community was not as commonly identified. Results of the survey also indicated that a feeling of connectedness to Europe was not as impacted by the festival experience of most of the participants as their connection to other geographical spheres (e.g. the place where the festival happened). The "Frequent festival goer" profile, however, demonstrated a higher sense of community-building in their festival experience, suggesting that a prolonged engagement with festivals could have a larger impact on the sense of connectedness to Europe. An impact on general participants’ level of attachment to Europe, however, was not perceived as a result from their festival experience only. 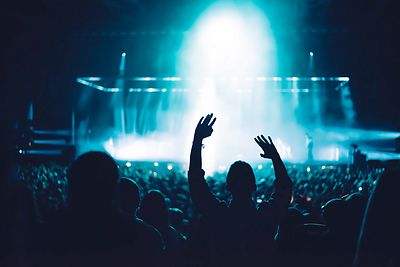