On 29 September 2021, CULTURESCAPES opened its 16th edition, which also marks the start of a new festival series focusing on regions of global significance.

Until 1 December for two months, artists, activists, and cultural actors from all parts of Brazil, Colombia, Peru, Bolivia, and Ecuador are being present in more than 40 cultural institutions all over Switzerland. With its programming, CULTURESCAPES as a format goes beyond the usual cultural events.

CULTURESCAPES 2021 Amazonia aims to provide access points to this critical ecological and social space, establishing a deeper exchange of knowledge with Switzerland and Europe. CULTURESCAPES also aims to raise awareness about the threat posed to the Amazon by climate change, as well as about the importance of indigenous cultures and global social responsibility.

The framework for this approach and examination is formed by four thematic lines that overlap and are interconnected:

Water
The Amazon river is vast a network of waterways that connect the continent from the Andes to the Atlantic ocean. It serves as a blood circulation system for the tropical forest, for the cloud generation and movement, and the people that live around it. It is important to see the river also as a metaphor of life, connectivity, and communication.

Anthropocene
The new geological era of crucial human influence on the Earth brings challenges of climate change and reviewing the concepts of progress and development. The need to search for new formats of relations between peoples and between humans and non-humans (various agents of nature) is urgent and is an important topic for a variety of artists.

Decolonisation
Colonial history of South America created an environment of an intense and often quite tense co-habitation of different peoples and cultures. These peoples, their traditions and ways of lives, their stories and visions, rights and fights, interrelations between each other and nature is what is at the core of the Amazonia. Their voices need to be heard through the festival texture.

Violence and peace
Not only in the past but very much in the present, South America and its Amazonian part is a continent of extensive violence. What is Europe’s role in these processes nowadays? How peace and reconciliation are envisaged by artists and thinkers? 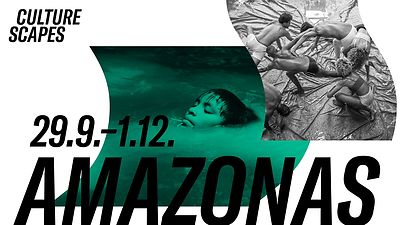